A Much-Needed Discussion From PAX Unplugged

I’m going to admit to something that might be considered heresy for a self-professed nerd: I find traditional high fantasy boring.

Yes, I like Lord Of The Rings and The Hobbit. I enjoy plenty of fantasy themed video games, and as Final Fantasy obsessant, I loved the classic medieval themed entries like IV and IX. However, castles and kingdoms, dragons and knights, princesses in high towers, and every other mainstay of the genre never captured my imagination the way it did for others. 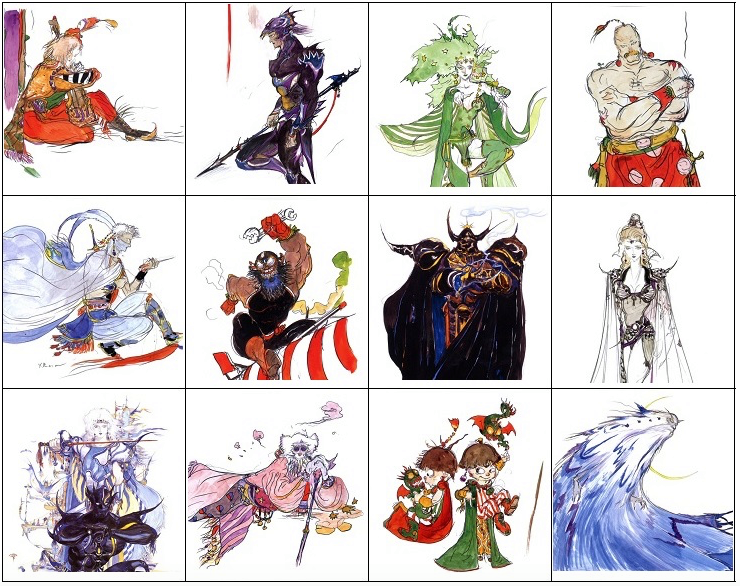 I mean, I love me some Final Fantasy 4, but do any of these pictures come close to representing me?

I realized, in my adult years, that it’s not simply a matter of personal taste. The reason why I never jived with swords, wizards, dragons, and castles most likely is because, at my core, I didn’t feel the historical connection to medieval conventions that many of my fellow nerd friends experience. Like John Wayne or The Beatles, certain Western common denominators don’t generate the same feeling of familiarity and comfort when you’re a person of color. I've always had some difficulty putting these thoughts into words, at least until PAX Unplugged.

The Importance Of Silenced Voices

A few weeks ago, I was lucky enough to squeeze into a packed panel titled “Beyond Tolkien: Queer & Non-Eurocentric Worldbuilding”. Although I’m not planning to create an expansive new world to explore in a Tabletop RPG (TTRPG), this discussion about inclusively and cultural representation was, to put it bluntly, cathartic.

The panel, comprised completely of POC and/or LGBTQ content creators / media personalities (listed below), took a deep dive into the conventions of high fantasy and how even something as laid-back as the typical TTRPG has been affected by second-hand eurocentrism. History is history, but we know that history is written with bias. Many cultural influences have been silenced, changed, or sidelined due to the effects of colonization; the effects of that trickle down into every crevice of our existence, right down to our core genres of storytelling.

It’s uncomfortable to address, but the imperial and genocidal portions of the past play a direct role in our very European-influenced storytelling, having implemented practices that resonate with people of color to this day. One example that was given during the discussion was the fact that most indigenous peoples shared their wisdom via oral tradition, rather than recording in books. When those people died - or were wiped out - those traditions, ideas, spiritual beliefs, and religions were lost. I know this first-hand as an African-American. I know my American history: that my maternal grandparents are from the South, while my paternal family has lived in New York for over a century. My great-grandparents were settled and raised families, and I'm fortunate enough to trace any line back at all. However, unlike my peers, who can trace their lineage back to a certain city in Italy, France, or Ireland, I couldn’t tell you what parts of Africa my ancestors are from, or what their traditions were. All of that was erased.

How do you reclaim something that's been lost?

Of course, this panel affected me greatly because I'm a person of color; much of my focus was on how much it reminded me of my own lost past. There are other ways voices are silenced however, by keeping them out of the narrative for so long that it's been normalized. That's what's happened to so many in the LGBTQ+ community, where now for many it feels out of place to encorporate inclusivity about sexual orientation. Again, the same question remains: how do you work to include a core part of your identity that's felt excluded for so long?

A Kindred Conversation At PAX Unplugged

Let’s bring this back to gaming. One point that was understood among the panelists is that many content creators rely on medieval fantasy tropes not because of racial bias, but because they haven’t been made privy to other cultural stories, characters, or traditions, or they simply fear tackling these subjects due to lack of knowledge. I feel that perhaps even the fear of cultural appropriation could hold someone back from tackling a game setting inspired by a non-European base.

Rather than condemn those who work inside those established parameters, the panel encouraged GMs and content creators to step outside that box. They admitted that, yes, it’s complicated. Approaching these topics leads to a lot of self-questioning, no matter how you identify or what your background is. However, the keys to success are research, communication, and feedback. The panel stated that a good starting point is to full-on address those fears and embrace them. You can’t learn to swim without getting into the water. 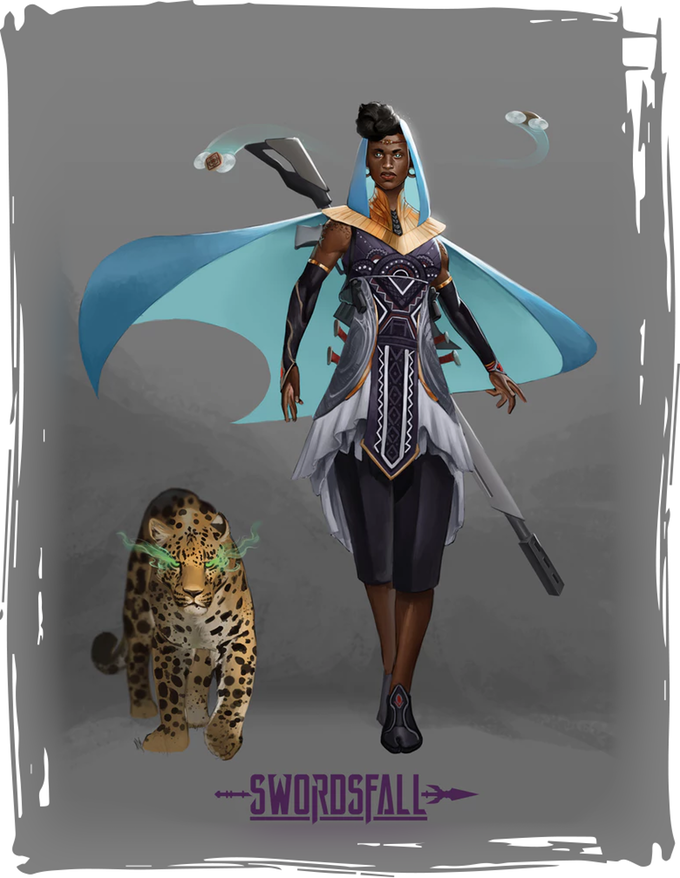 Swordsfall is a Kickstarter-funded TTRPG that's Afropunk in focus, filled with gorgeous and inclusive art.

GMs were encouraged to not only add POC / LGBTQ characters to the game as NPCs, but for straight white cisgender players to play as POC / LGBTQ characters. As Brandon Dixon, creator of the African-lore based Swordsfall stated: “How do you think your POC friends feel about this? Do they not play in games that are all white? Do they not play characters that are coded as white? We live with that.” The first step is to get away from the fear of creating those characters wrong, because other POC / Queer friends will correct you and tell you if something is off. It’s the best way to learn.

Another great suggestion was to specifically focus on geography as a jumping point for worldbuilding. This starts with being respectful of the region, and doing the proper research. For example, Incans, Mayans, and Aztecs are commonly grouped together in historical discussion, but those groups never interacted. It’s important to give each region its own space.

Additionally, regions are inextricably tied to the geography and resources. Say you want to create a landscape inspired by Hawaii, which has a higher statistic of volcanoes. How would society react to living in a region like that? How would that inform their psychological and tactical practices? Would they create a protective unit to deal with frequent eruptions, or a scientific unit to study and anticipate volcanic activity? What would that mean about their culture? What sort of tools or resources would be developed given the terrain? Those kinds of ideas will inform cultural and societal practices that give a deeper root to the game’s landscape, as well as garner a larger sense of empathy and understanding after researching those historical regions. 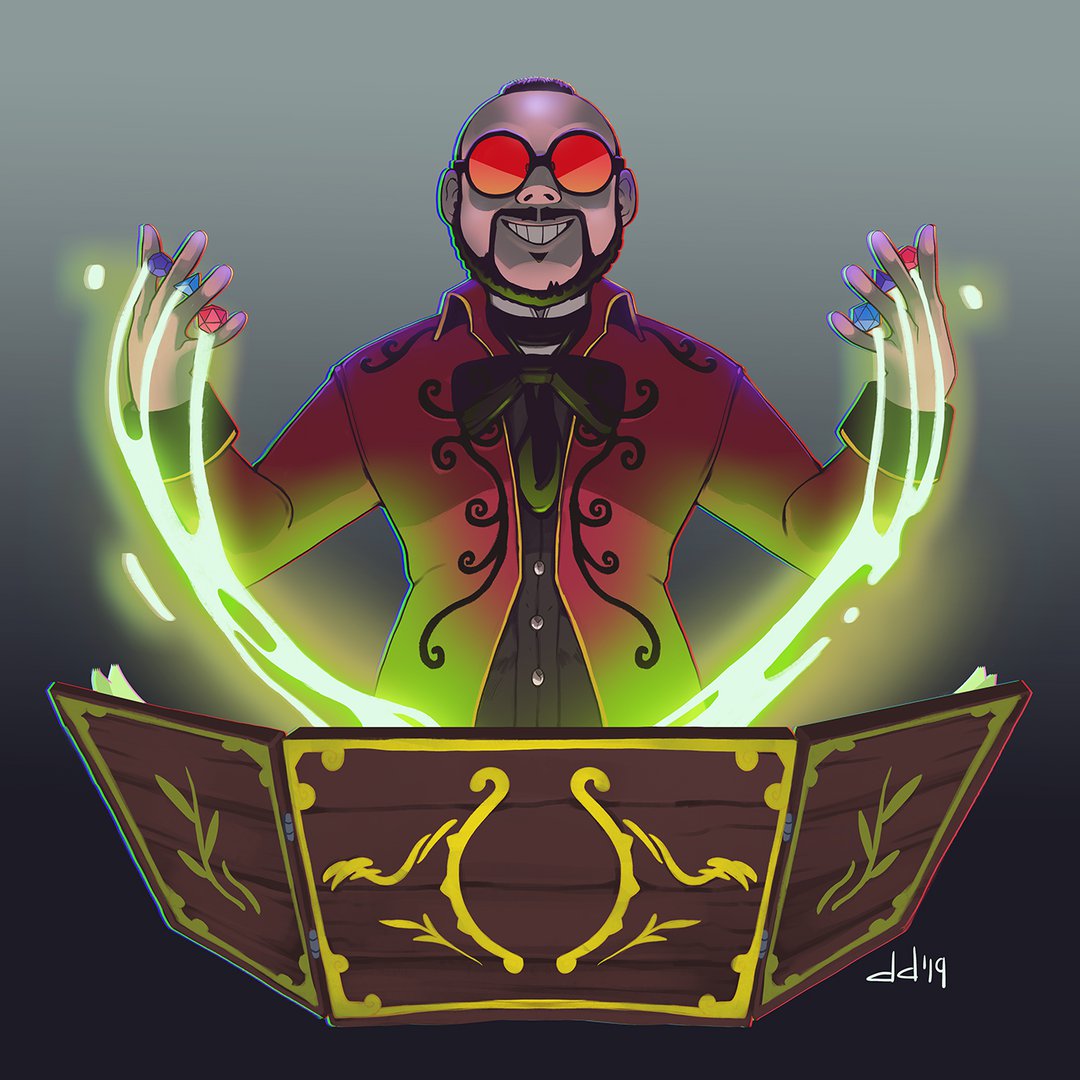 El Warius is a streamer from Mexico who wants to bridge the gap between the mainstream TTRPG community and Spanish-speaking Latin America. His points about using geography were fantastic in the panel.

The panel also stressed that it’s ok to introduce tragedy or harsh real world realities into your story, as long as it’s done with reason. If you are going to include homophobia or racism in your game, use it as a means of catharsis. Just think of how meaningful it would be for your players to take down the systems that imprison them, constrict them, or affect their safety through the lens of your campaign. It’s an excellent example of the transformative power of gaming.

There’s also something to be said for emboldening your characters by throwing a bit of logic away, if needed. One of my favorite quotes from the panel regarded the idea of having LGBTQ ideals built right into the landscape, as a normal part of the game’s society from the get-go, rather than have it based on actual systemic struggles. When logical subjects are broached, like “how will these two Kings, who are married, have a baby,” the answer was“there are DRAGONS!” If you can rationalize magic missiles and gosh-darned half-orcs, I’m sure it could be figured out...the point is, there could also be a comfort for players if they can live a life in-game where they don’t need to explain and defend themselves -- where their existence is just allowed to be.

More Room At The Table

I honestly wish I had a link via Twitch or YouTube to share the entire discussion, to fully share how enriching the dialogue was. At the end of the day, this isn’t a slag on standard medieval fantasy; I certainly understand why it serves as a cozy escape for many people, just as I enjoy my own personal genre “comfort foods”. At the same time, there’s something beautiful about expanding those pillars set by the Tolkiens and Camelots of the world to other cultural representations. It lets more people feel welcome at the table, and it lets the conversation grow richer.

People like me have been invited, and have happily enjoyed, our visits into the medieval-inspired fantasies. Now, we just want to invite you into our worlds too.