The Outer Worlds Is A Nightmare For Pack Rats 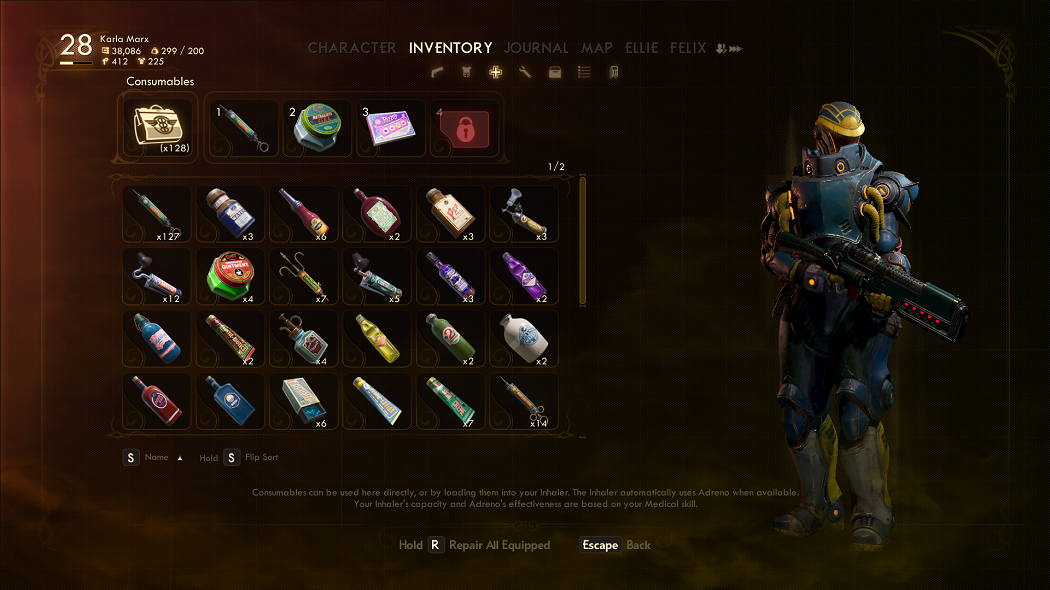 I have a story to share with you all today, about an adventurer making their way through a fantastical land. While Fighting a dragon, they take one too many hits. Bloody, almost beaten, they reach into their bag for a potion to restore their health. First, they a potion of immeasurable healing; it surely would get them back into the fight. Instead however, they drink twelve minor potions in a matter of seconds. Why? Because they may need that one immeasurable potion at some other time.

This story has been told by players actions in games as long as consumables have been around. Players hold out on reviving their pocket monsters with max revives or using their ultimate healing potions in Skyrim just for the prospect that they might need that extra boost at some other point. Who knows: there might be an ancient dragon or an ambush just around the next corner. I might just end up in a tight spot and need a full bar of health in an instant. 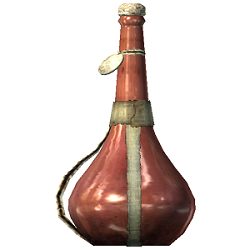 With all the potions I had in Skyrim, it's a wonder how I ever died. Oh right; I'm a hoarder. 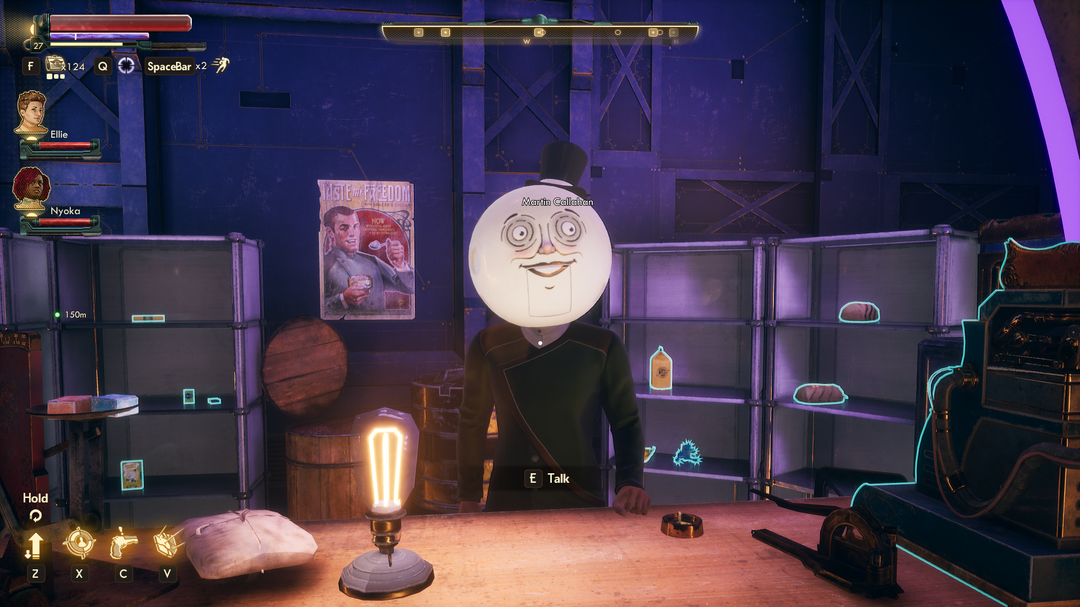 Vendors also try to hawk you their goods with engineered slogans.

From a gameplay standpoint, it's one of the only issues I have with The Outer Worlds. I love this game, and my review of it will be nothing short of glowing, but going through my consumables inventory can give me an anxiety attack. There’s so many items that it’s impossible to remember them all; keeping an eye out for the few that you need and regularly use is like… looking for pills in a pill stack? Sure let’s go with that.

But when you finally find that one inhaler that gives you extra tactical time dilation, or makes your character move faster and swing harder for half a minute? Oh those are going straight into the inventory and guess what? They’re staying there forever. Locked up for eternity, begging to be used every time a marauder lands a fatal shot or a primal smashes my character into a paste. They’ll look up and say “use us,” and I’ll look down only to respond “not yet”. 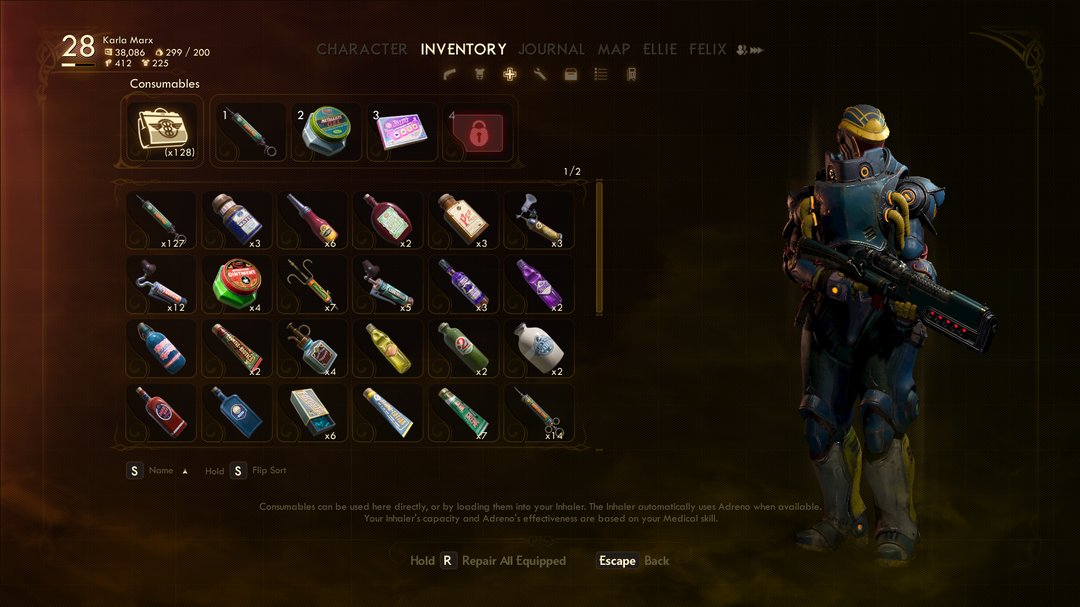 Two pages of consumables that I don't know the effects of sat in my inventory, unused the whole game.

The Outer Worlds isn't the only game to have this issue with extra consumables and pointless inventory fillers. I mean, look at the modern Fallout and Elder Scrolls games and ask yourself why you need twenty pounds of silverware in your bag. It might be the fun sci-fi setting that just makes it so painfully obvious how much stuff you are carrying around.

I Shouldn't Be Able To Move With All Of This Stuff

The thing is though, this wouldn’t even be a problem if the planets in The Outer Worlds weren’t literally chock full of items. Besides the vending machines populating every area, you’ll find things to eat, drink and pump into yourself everywhere. Imagine if you were out for a walk and there’s just a bottle of beer sitting on the sidewalk. In another ten feet there’s a pack of cigarettes. That’s what it’s like venturing in The Outer Worlds, and it does not promote a healthy lifestyle. 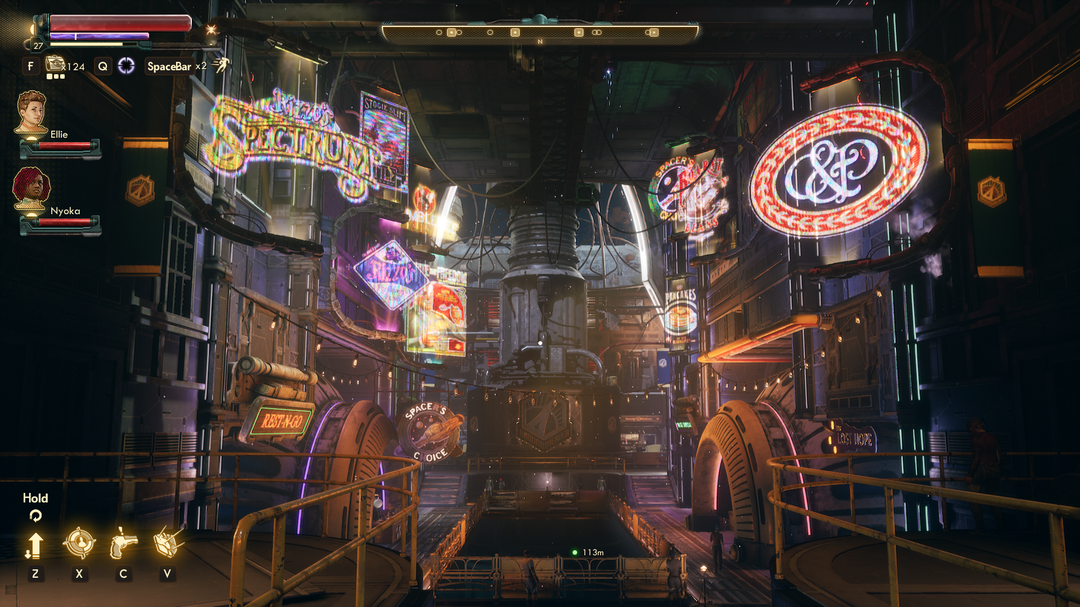 Such a pretty game, so filled with junk food.

How are we expected to cope with this variety, this much choice, when we can’t even choose when to use any of the things we pick up? In all honesty, I’m not entirely sure. I’ve tried selling my stock of consumables and stashing some in my personal bin to free up space but those options only go so far and take the will to part with these items. But there’s one option that works pretty well. In The Outer Worlds you have an inhaler that heals you quickly in a spot. It’s a simple keypress to use and it runs off of an easy to find consumable. But the best part? You can stuff anything in the inhaler, and I mean anything. Food? Soda? A carton of cigarettes and chewing tobacco? You can have it all in inhalant form, and you don’t have to go through the painstaking decision of “is this the best time to use this?” You might look in your inventory afterwards and realize you’ve huffed all of your healing items, but hey, at least there’s plenty more to be found.