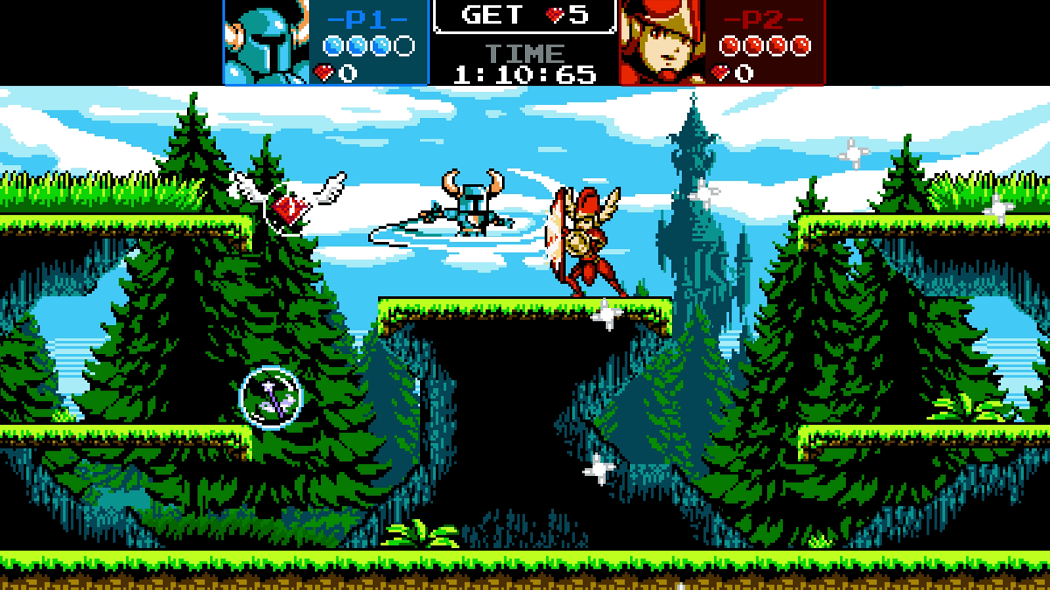 Yacht Club Games is a pretty familiar name at this point. Their one and only IP, Shovel Knight, took the indie world by storm, and its only gotten better with each new expansion. In fact, it was so successful that they’ve been sort of trapped by it, forced to finish their Kickstarter promises of four separate expansions before they can risk branching out into new games. With King of Cards now slated for release in Q3 of 2019, their stretch goals will finally all be fulfilled, so the time has come to branch out into new ideas and all-new games! With that in mind, they came prepared to wow fans at PAX East this year.

Cyber Shadow: Onto The Next Franchise!

My constant refrain about Yacht Club Games has been that they take the old and make it new again. They thrive on taking the best parts of classic games, then using modern game design theory and techniques to evolve them into something that shines even today. That trend continues with Cyber Shadow, their brand new action-platformer currently in development.

On the surface, Cyber Shadow looks just like a Ninja Gaiden or Revenge of Shinobi clone, but you only need to play for a few minutes to see that it goes beyond that. For one thing, while those classic ninja platformers are a bit clunky, Cyber Shadow handles like a dream. Shadow runs quickly and attacks smoothly, and while there are no wall jumping or climbing abilities, that also means that I never got stuck clinging to a wall when I meant to jump over an enemy or off a ledge. While I was using a sword instead of a gun, the platforming actually felt more like Mega Man than Ninja Gaiden.

Speaking of Mega Man, Cyber Shadow boasts a variety of special moves that you acquire from bosses throughout the game. Other members of your clan have been captured and forced to serve the enemy - whoever that is - and they will grant you powers when you free them. The demo only let me really play with two of them: A shuriken, which was a basic projectile attack, and a fireball that I could use to attack things over my head. I also unlocked a downward attack that I could use from the air, but I only got to use it once to break open the end of the level. Still, the powers that I got to use were both intuitive and effective, much more so than the clunky Ninjitsu specials that I remember from the old Sega Genesis days. 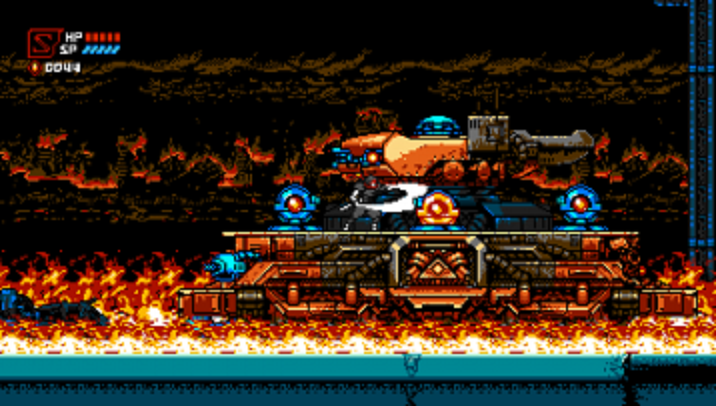 It starts off challenging and only gets worse. Don't slip up - that fire will kill you!

Aside from the permanent powerups you get from bosses, there are also items you can pick up throughout the levels that add another layer to the gameplay. I found three of these in the demo; The first was a basic energy wave that extended my sword slashes a little bit, which was very powerful but definitely the least interesting of the three. My personal favorite was a spinning blade on a chain that spun around me as I moved. It followed my momentum, so with careful movements I could get it to attack enemies at angles I could never hit normally, but even cooler than that was how I could slash the spinning blade with my sword to knock it a good distance ahead. With some practice I was able to take down enemies without ever getting close to them, and landing those skill shots just felt great. The third was a shield that blocked projectile attacks, and fired an energy wave if I slashed it. There are multiple ways to use many of these items, which I think makes for a great addition to the ninja action genre without overcomplicating things.

As for the story… unfortunately, I can’t speak much to that yet. There’s a very basic backstory posted on Yacht Club’s website, but whether we’ll get the kind of unexpected character depth we saw in Shovel Knight remains to be seen.

I spoke a bit with Cyber Shadow’s developer, Aarne “MekaSkull” Hunziker, who told me that he had begun making this game on his own and was thrilled to have it picked up by Yacht Club. He dreamed of making a modern ninja action game, and I would have to say that he’s well on his way to making that a reality.

But, since this is Yacht Club Games after all, we need to talk Shovel Knight. Specifically, Shovel Knight Showdown, a four player fighting game which will be available both as a free update to Shovel Knight: Treasure Trove and as a standalone for $9.99. Picture Brawlhalla with Shovel Knight’s characters and you’ll have a pretty good idea of what this one looks like. 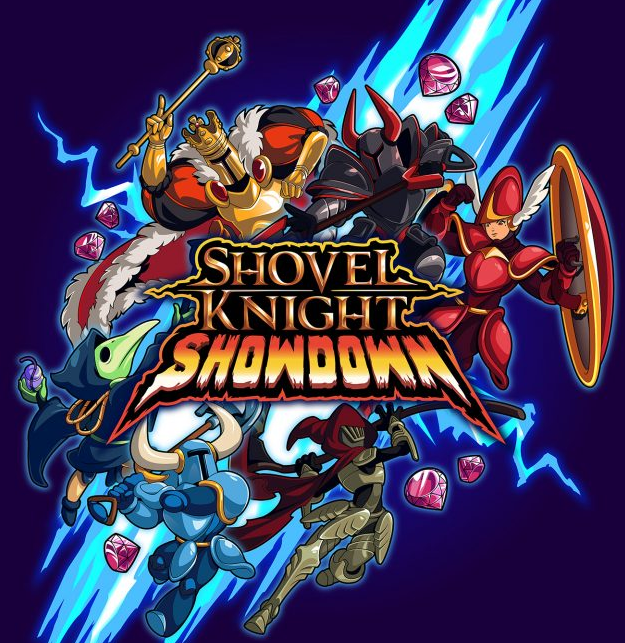 While the demo I played at PAX did not have all the characters available, the final product will have over 16 playable characters. The obvious ones are all here: Shovel Knight, Black Knight, Shield Knight, and the eight members of the Order of No Quarter are all playable. You will also be able to bring The Enchantress and several basic enemies into the fray.

This is Yacht Club Games’s last hurrah with Shovel Knight, at least for the foreseeable future, and they are definitely going all-out for it. There will be five different modes: The original concept for the game is what they are now calling Treasure Clash, where you can fight and kill each other, but the winner is the first person to collect five gems. They thought that would be the best bridge between Shovel Knight’s platforming action and this new Smash Bros. style fighting game. There is, of course, Showdown mode, which is a straightforward battle with no special rules. This is undoubtedly where the Fox only, no items, Final Destination types will end up. Roulette mode was described to me as marrying Mario Party with a fighting game - each round it will randomly select a wacky ruleset or objective that the players will have to follow. 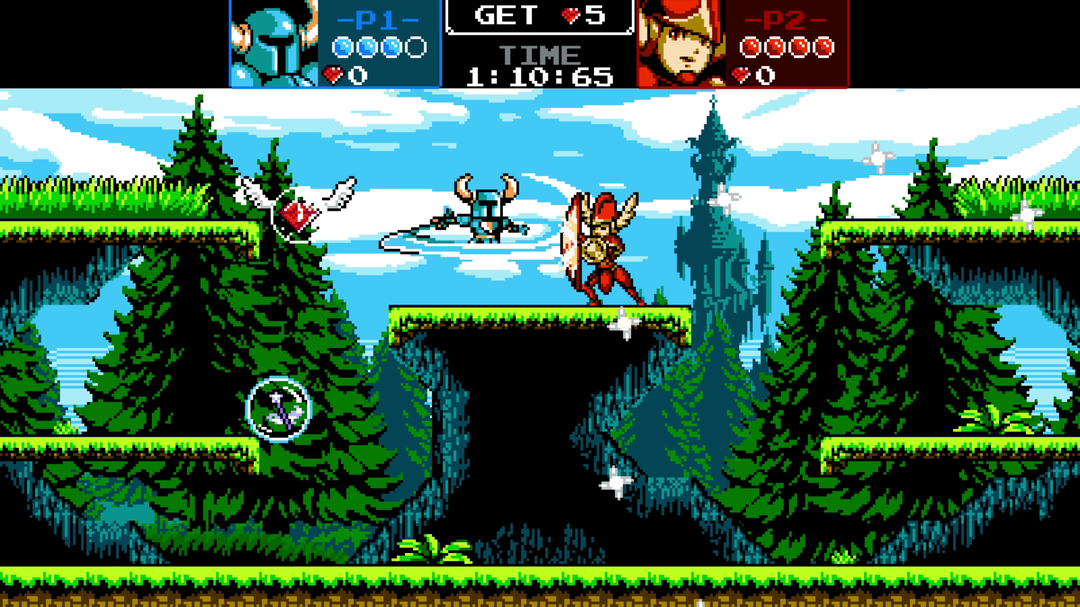 Target Attack sounded… interesting. In this mode, the players will have to break targets that appear throughout a level, but the developers assured me that it was much closer to a proper Shovel Knight experience than to the Smash Bros. target break challenges that it sounded like. Players can either work together or compete, and they will have to collect items, use platforming skills, and basically play an actual game instead of just jumping around trying to hit floating bullseyes. To use a direct quote, with permission, Target Attack is “more of a mode than it deserves to be.”

Finally, there will be a single player Arcade mode. This should have been one of the simplest modes to make, so I was surprised to hear that it was the part that was taking them the most time. However, the reason for it goes back to this being their last chance to get everything they want into Shovel Knight. Rather than just throwing a series of battles and a final boss at you, they are working in a proper (if brief) story for each character. I was very glad to hear that - while Yacht Club has done incredible work, it was leaving a bit of a bad taste in my mouth that half of the Order was getting backstories and character building and the other half wasn’t. Though it seems unlikely that we’ll ever get full expansions for the other four Knights, being able to play as them in Shovel Knight Showdown and getting at least a bit of story is a nice consolation prize.

There’s not much more to say at this juncture, except that Yacht Club’s games continue to live up to the quality that we first saw displayed in the original release of Shovel Knight, the game that has in many ways come to define retro action-platformers. If there was any uncertainty about how Yacht Club would do with other IPs, let me put them to rest: Cyber Shadow is an excellent game, and while its dark 8-bit style may never become as iconic as Shovel Knight’s brightness and whimsy, it is certainly a worthy second entry.