White Wizard Games, the board game developer behind Star Realms, Kapow!, and Hero Realms announced a rebranding, along with a few new games that are currently in development.

The studio is now Wise Wizard Games, a name that, according to the studio’s page, “best represents their vision and their community.” The studio also shared some impressive statistics. Altogether, the company has raised over $4.5 million via Kickstarter, and its Star Realms app has been downloaded over one million times.

In terms of new titles in development, two should sound familiar, while two others seem to be completely new IPs. The first of these new titles is Riders of Chaos, an arena battle game designed by Richard Garfield, the creator of Magic: The Gathering. Robot Quest Arena is the second new game, a deck-builder themed around robots. This new title will have players control bot miniatures and use skills determined by the bot’s driver and the cards in your deck. 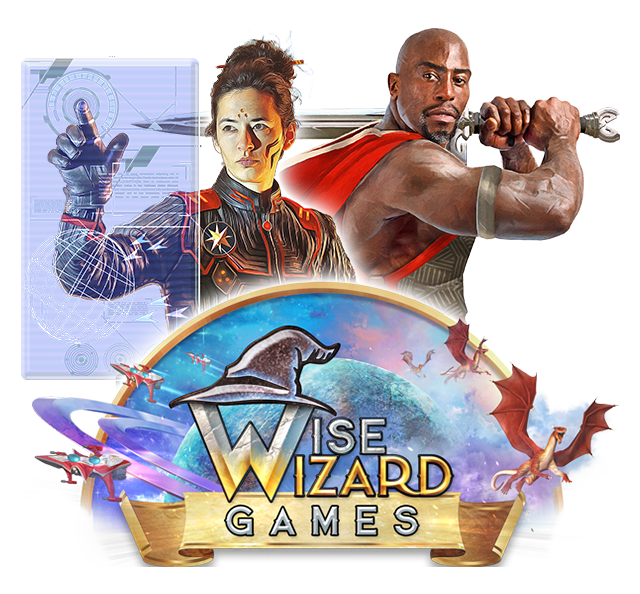 Hero Realms: Dungeon of Thandar is the first familiar name players can look forward to. This new deck-building game wasn’t detailed too much, but will include everything players expect from medieval fantasy adventures. Look forward to dungeons, bosses, minions, and plenty of treasure.

Of course, Wise Wizard Games is including a bit of Star Realms in this announcement. Star Realms: Rise of Empire is a legacy-style title where players battle each other for survival.