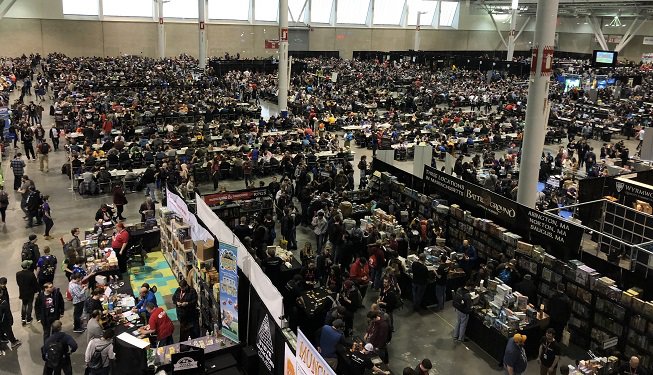 The Saturday at any PAX convention seems to be the day in which limits are reached. They are the days which have the most events, the most hype, and often the biggest moments of excitement… but a day (or two) of partying and insomnia suddenly catch up. There are the largest crowds on Saturday, making the effort to get to your favorite panel or games a little more challenging. 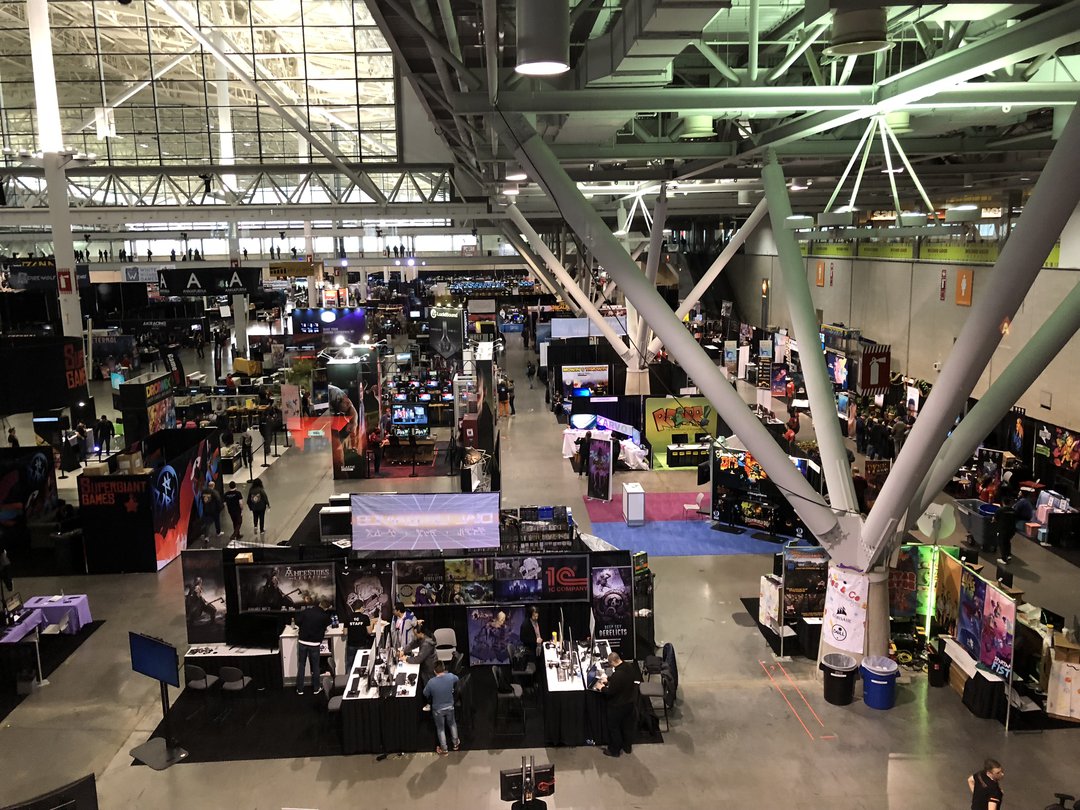 Here is a picture of the show floor before it opens. While it's nice and quiet.

Nevertheless, there was a lot of fun to be had, and we all split up to cover as much as we could. We can sleep on Sunday. Or Monday, at the very latest.

I had two really fun events today, and both were wildly different in their feel. The first was getting a chance to play Dauntless again – while this game was at PAX East last year, the last version I played felt very much like a rough alpha. This time, as I picked up sharp blades and prepared to hunt down a massive creature, the graphics were also sharper. The combat felt smoother and more meaningful. The game was a ton more fun, and I’m excited to see the finished product. 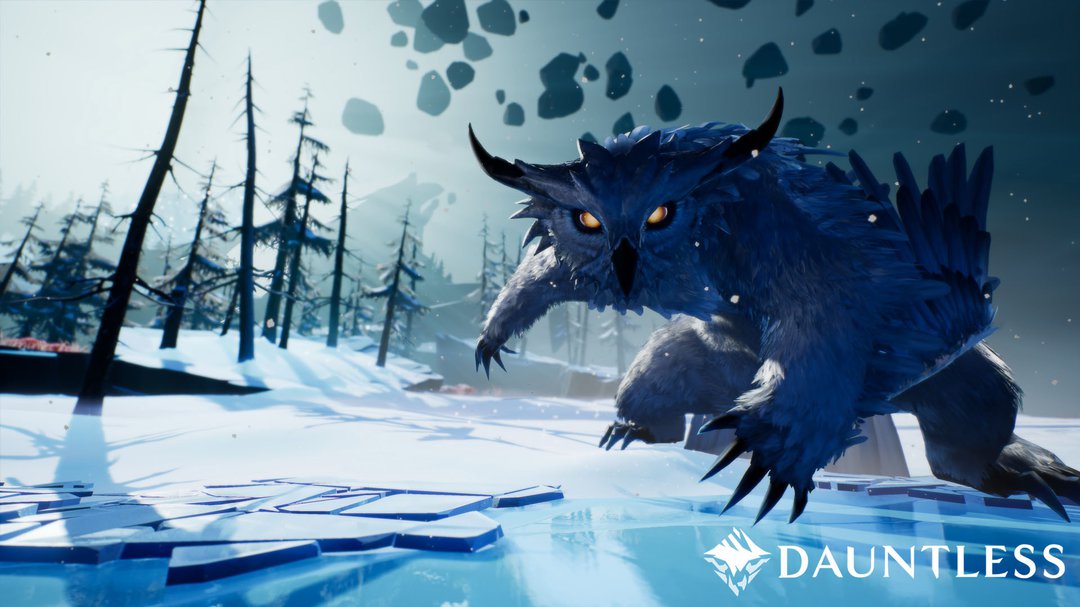 Near the end of the day, I stumbled into a board game I had never heard of before: Master of Wills. This is a game that relies on gorgeous art and funky cyberpunk aesthetics to draw you in, but it keeps you in place with an incredibly intriguing concept. In this dystopian future, you and your opponent are trying to sway the hearts and minds of the populace, making allies out of them to show you have more influence in the world.

I loved the game so much on first play that I bought it so I could enter an evening tournament. While I did get crushed (A story for another time), I still had a blast, and thoroughly enjoyed the chance to compete. 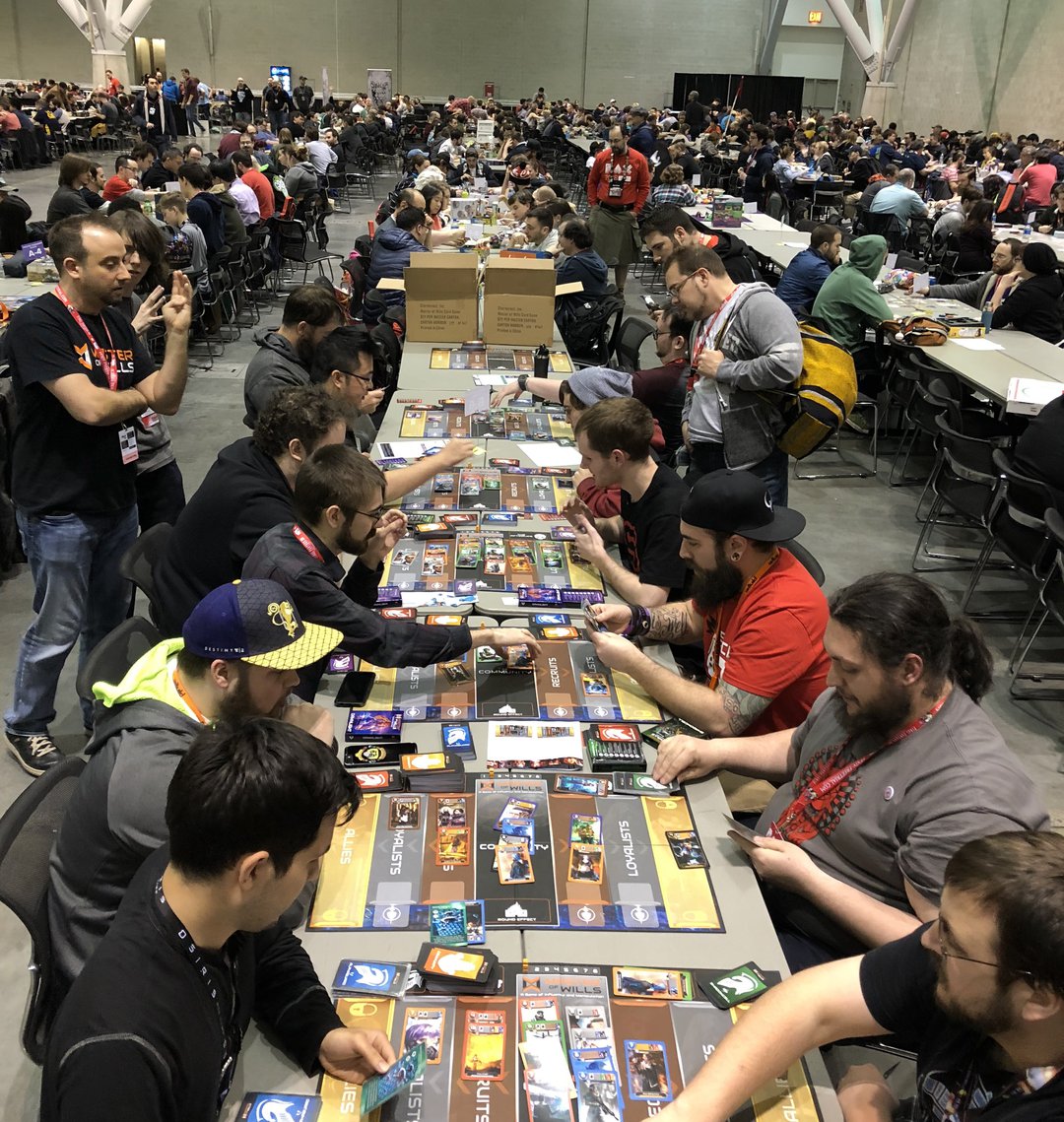 If you couldn't tell from the opening shot, the tabletop section of PAX is still unspeakably busy if you show up at the right time.

Both of these experiences were incredibly different except in one major way: that both were experiences I would not have been able to find outside of a convention. Dauntless, while a fine game, is still trying to generate hype before it goes into being released – it needs to make sure there are plenty of players that want to join up. Master of Wills is a board game that absolutely no store carries around me, and I haven’t heard on any podcast I enjoy.

For me, the long slog of a PAX convention will always be worth it, just because I can’t replicate the amount of opportunities for new gaming experiences anywhere else.

Saturday is always the most crowded day of PAX East, and this year was no exception. Getting anywhere in the expo hall required fighting through crowds of people, and the booths were always mobbed. The Indie Megabooth is still a favorite, but even that gets packed by 1pm. It was a perfect day to stay in the tabletop area and check some games off of the “to play” list.

I got to play Root by Leder Games. Root is an asymmetrical territory control game - unless you’re the Vagabond, then it’s a treasure hunt. You see, each faction has a different play style and different ways of scoring points: The Eyrie is highly aggressive, but needs to carefully plan its moves or it will collapse and have to start almost from scratch. The Woodland Alliance starts with nothing, but can undermine the other factions and cause rebellions to gain territory and points. The Vagabond can’t control territory at all, but can trade with the other players for items and turn them in to complete quests, which is how he scores his points. The ways the factions interact and interfere with each other makes for a surprisingly deep game, and the replay value is immense - if you ever get sick of the faction you’re playing, next time you just pick another and it’s a totally different game!

The art is fantastically fun and cute, which doesn't match how much depth this game has.

I’m going to stop gushing now, because Adam has a full write-up of Root in the works and I don’t want to steal his thunder.

The other game that Adam and I were determined to try was Aegis. I hadn’t heard of it, but Adam showed me a card from the game that was five robots Voltron-ed together and I was 10000% in. Aegis turned out to be a small squad tactics game. The creator said he wanted to deliver an experience that was like Warhammer 40k, but didn’t cost hundreds of dollars and all came in a single box. The comparison has some merit, although the scale of Aegis is much, much smaller with only five units to a side.

Then, of course, there’s the signature mechanic of combining robots. I was surprised to find that the combined robots aren’t necessarily better, just different, and you have to keep in mind that you’ll have fewer units on your side afterward. The main advantage to combining is that it’s essentially summoning an entirely new unit, meaning that it comes into play with full health. A combined robot can’t activate on the turn it’s created, although each one does have a “come into play” effect such as a free attack or locking down an enemy unit for a turn. What all of this means is that combining is something that has to be done carefully, at the right moment, and not just because you want to punch your friend with a Megazord.

I… think I had fun? It’s hard to say, given that Adam steamrolled me in about four turns. It's a fun idea, but I need more time with it (and some wins) to really decide for sure.

Those were the two big things Adam and I did that day, but neither was the highlight. The highlight of Saturday was that I finally made 20-year-old-me extremely happy by seeing Powerglove live. If you don’t know Powerglove, they are a metal band that covers video game and TV music, and I fell in love with them about a decade ago. The show was great, I screamed myself hoarse (so any interviews I do today might be kind of awkward) and bought the world’s most 80s-tastic shirt from their merch booth. I had an amazing time. 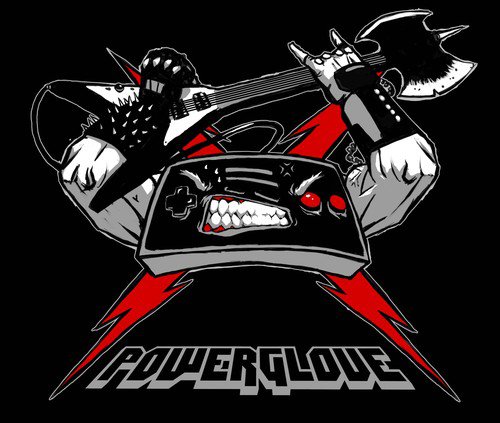 But seriously PAX East, learn how to mosh.

Today is the last day of the convention, and I can’t say that I’m too upset about that. It’s been a wonderful weekend, probably our best PAX East yet, but we’ve already had more than our usual amount of PAX and still have most of a day to go. I’m writing this in our AirBnB as the others get ready to go, so it’s time for me to caffeine up and hit the road. Once more unto the breach!