The Indie Megabooth at PAX East 2019

A Great Bounty Of Hidden Games 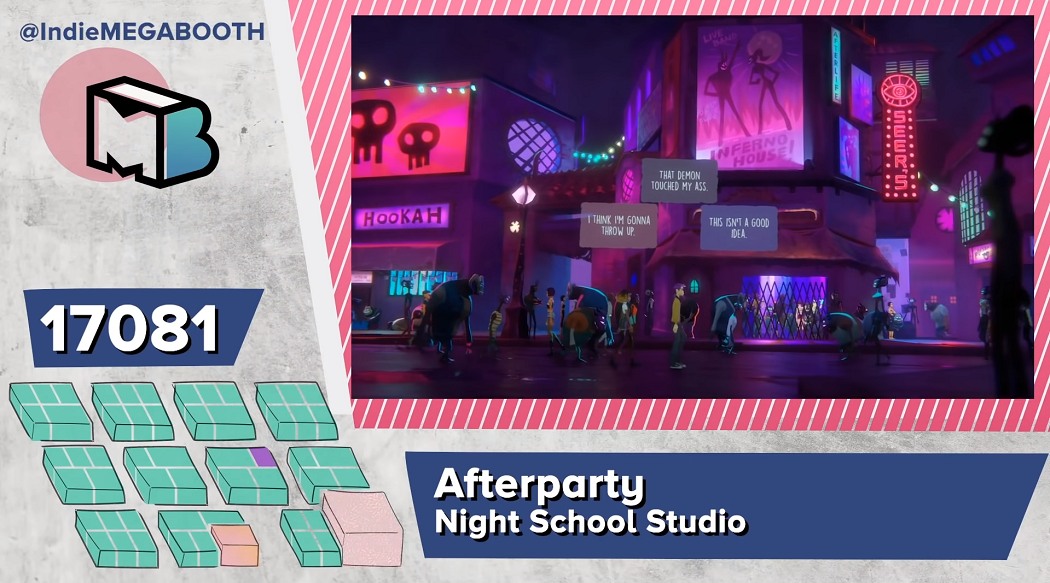 There are a lot of reasons to go to a large gaming convention. The game designers, the game announcements, the gamer celebrities, the cosplay, the extravagance, the pomp and circumstance… everything at a Penny Arcade Expo can feel larger than life.

Yet, at the end of the day, it all does boil back down to one thing: finding good games. After going to PAX East for over eight years, I've realized that the Indie Megabooth is my favorite place to do exactly that. 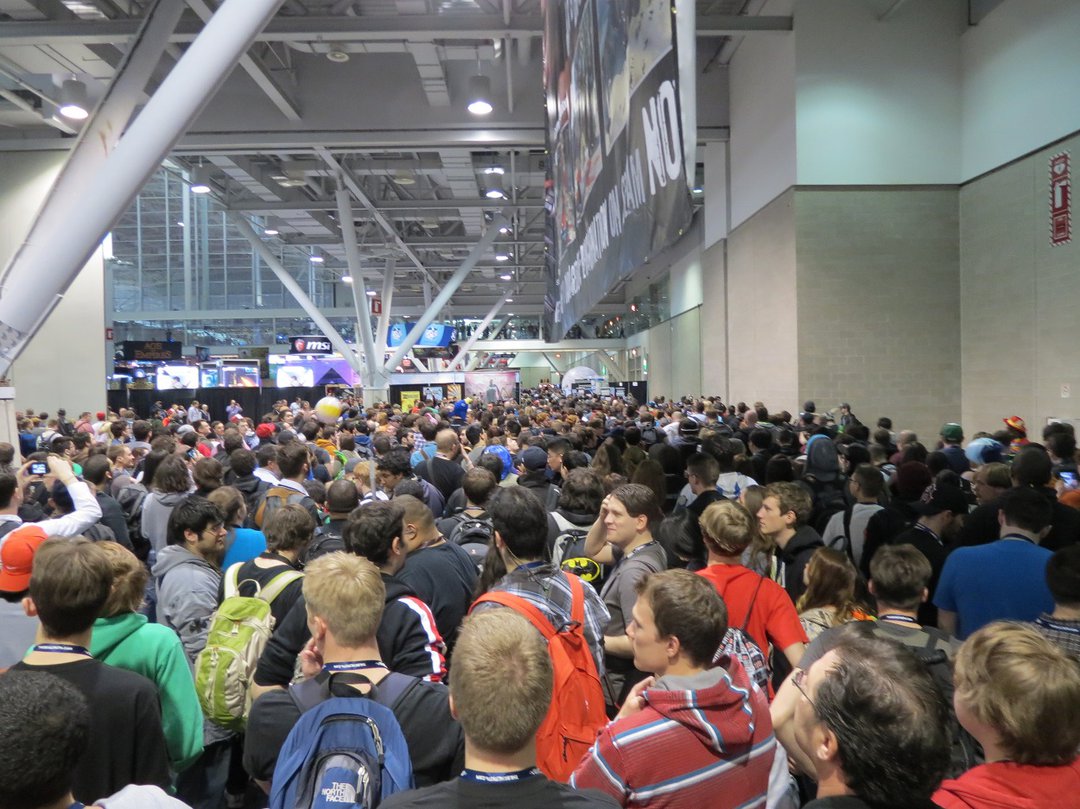 Let's be honest; it can be just a little overwhelming at times.

Right now, we are less than two weeks away from the start of the four day event that is PAX East 2019. Why wait until that Thursday morning to know what you are getting yourself into?

Why the Indie Megabooth?

Don’t get me wrong; in the last few days before PAX, I fall in love with the hype machine. I spend too much time getting distracted from work, hitting refresh on my social media to see what last minute addition might be arriving during the coming weekend. We all but know that Borderlands 3 is going to be officially announced at PAX East this year. I am ravenous to see what games Nintendo has brought to its booth: maybe a chance to demo some of the bombshells from this year’s Nintendo Direct, perchance?

There are a lot of games in a condensed space. While many convention goers will be waiting on 2-3 hour lines to play Oculus VR, you can play a half dozen games with no wait time at all!

However, the Indie Megabooth has offered for years something that major AAA companies just can’t manage because of their size and their structure. You see, the Indie Megabooth takes up the same amount of space as about three major publishing booths, but is stuffed with a variety of games that will make your head spin. 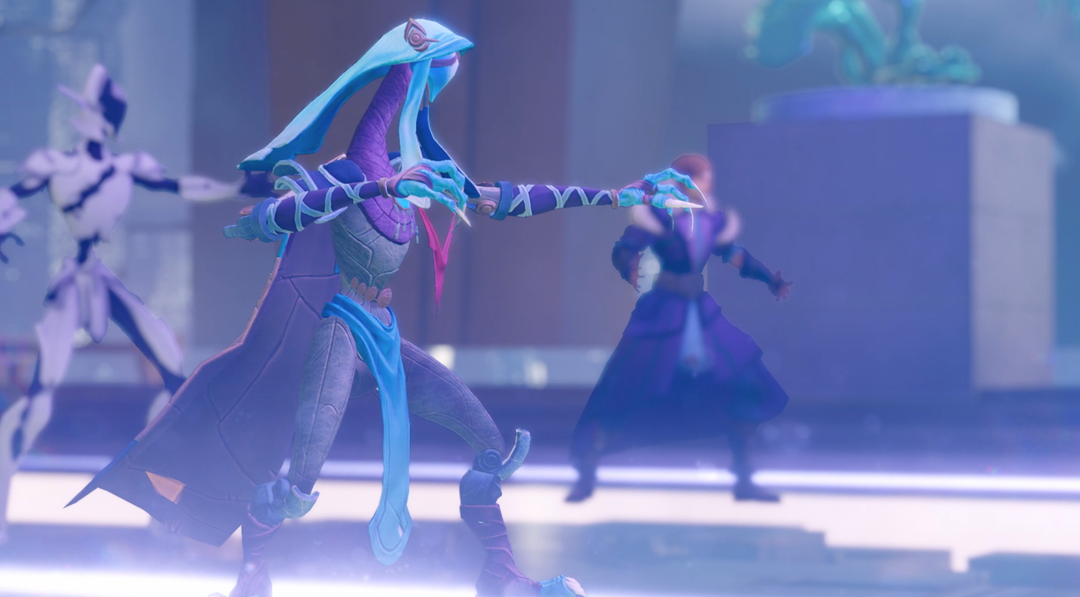 Its also worth noting - just because a game is in the indie megabooth doesn't mean it can't be absolutely gorgeous.

You check out the Megabooth because of the possibilities of what you’ll find. Many publishers get publicity just because of their name alone, but you come to this portion of the show floor to find things you never could outside of the convention.

Alright, So What’s So Exciting This year?

With just under two weeks left before PAX East opens its gates, the Indie Megabooth website released a ‘long-form trailer’ to celebrate. They call it that because the trailer is a whopping 18 minutes, with glimpses and teases of footage from the 78 games they are hosting in 2019. There has been an obvious push for inclusion here, with the developers coming from 18 different countries. 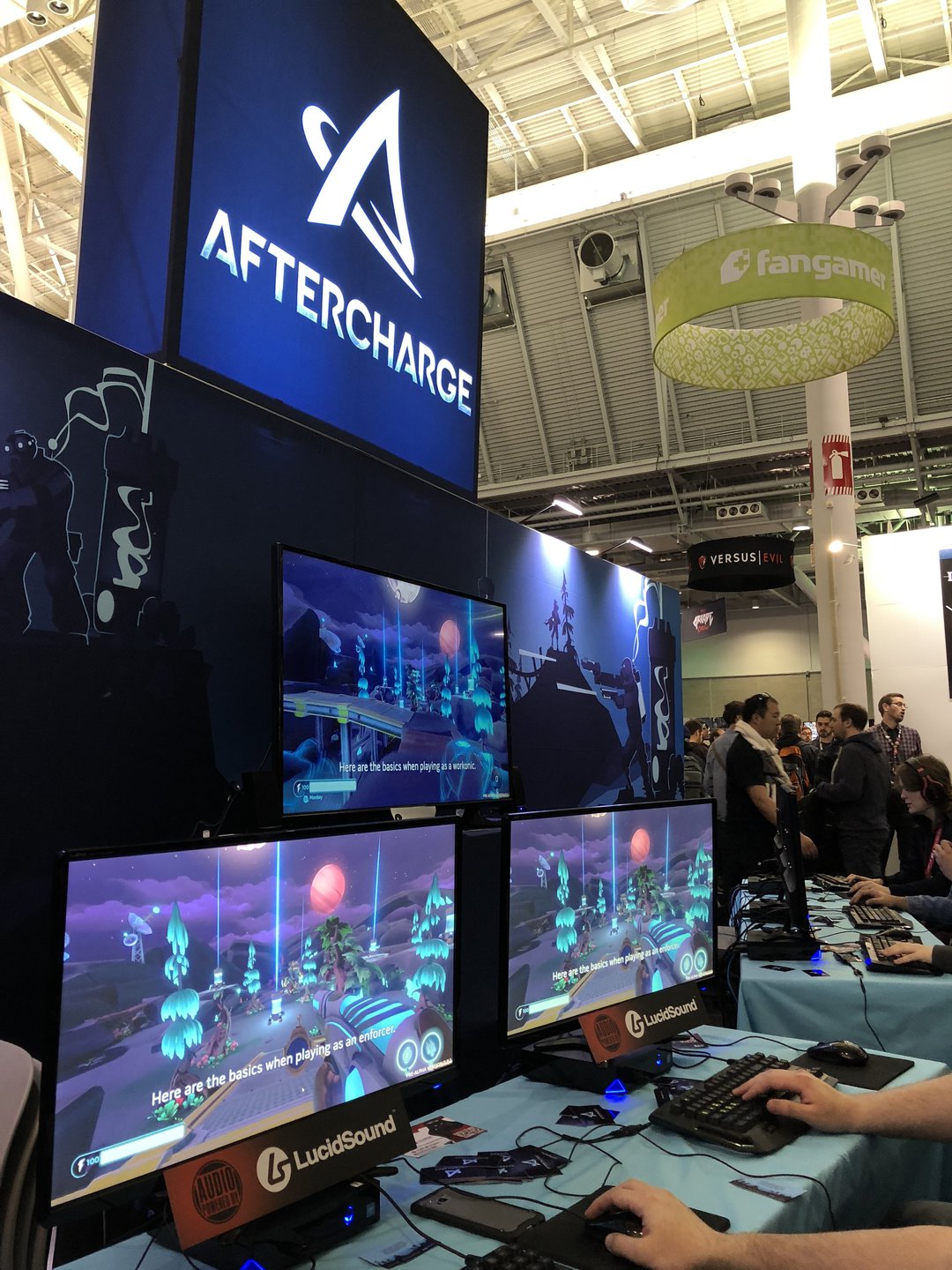 A lot of the games that stood out to us were ones we've seen in more alpha forms at previous events. Now they are back in a polished, sellable form.

You can go onto their website and pick through the trailers yourself if you like! Each game has its own little blurb about it and the company, giving you plenty to digest while eagerly awaiting March 28th. They are even nice enough to show you during the video where you'll be able to find each game during the convention! The games span the range of visual novel to globe-spanning RPGs to thrilling first person shooters; here is just a sample of the ones that stood out to us.

Aftercharge – The Newest Take On FPS

We first saw Aftercharge two conventions ago, and the idea behind it is both bizarre and refreshing. Take a FPS game, make it three on three, then make it asymmetrical. Make one side invisible robots, the other side the guards trying to recapture them, and add some funky and fun art. Presto! 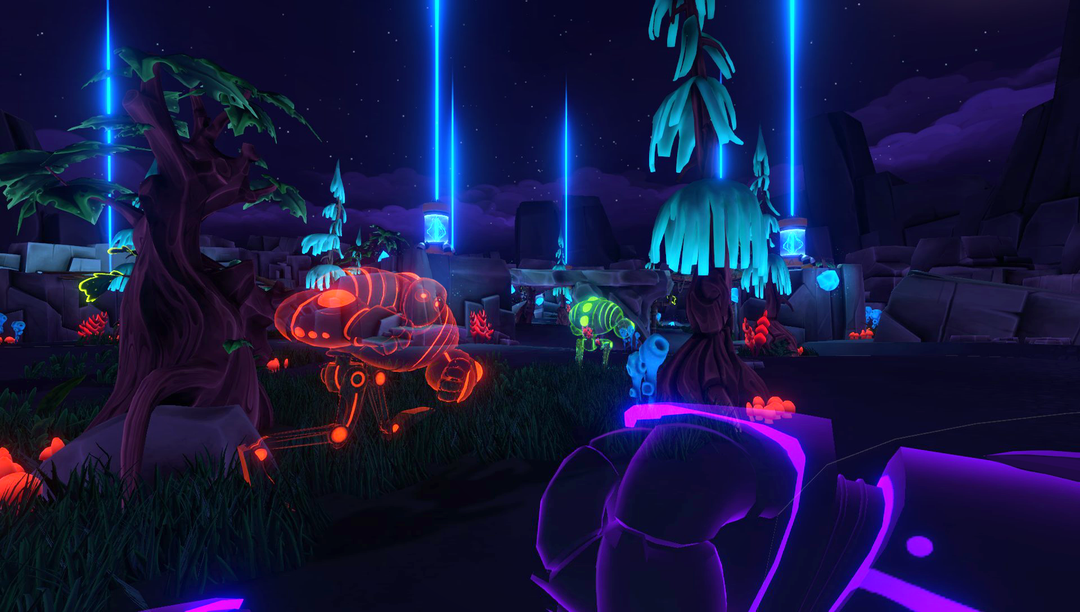 The game released on Steam this last January, and we’ve happy to report it’s been steadily growing in its popularity and the options available to you in game. It’s a fun little twist on a genre where most games can feel identical, and so we think its worth checking out. Plus, Chainsawesome Games made the amazing Knight Squad, so that’s always a plus.

This game by Night School Studio couldn’t be more bizarre unless it tried. Their second game after the critically acclaimed OXENFREE, Afterparty promises to be an experience unlike any other I’ve had before in a video game. Playing as Milo and Lola, two humans who have become trapped in hell, you find yourself jumping from bar to bar in an effort to outdrink the dark prince himself. You see, it’s a loophole to get out from the underworld. 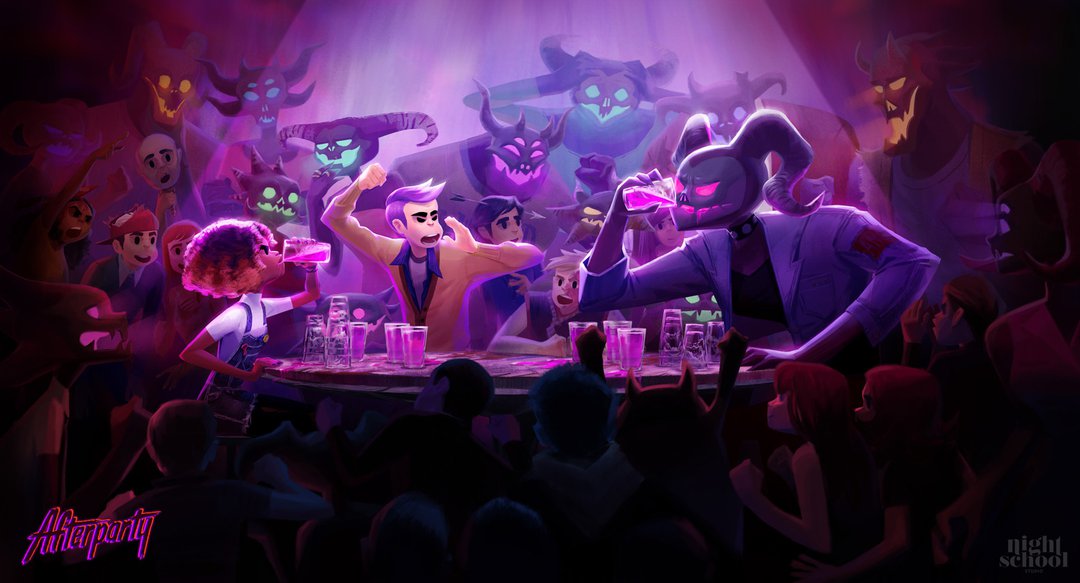 Just the concept, the art style, and the music alone make me want to play this game. Here, you have to check out the trailer for yourself.

AvariaVS – Taking JRPG Battles To The Next Level

I love this game. Pure and simple. It was our favorite game we played at PlayNYC, standing head and shoulders above all the others there. It’s polished animations, gorgeous graphics, and amazing gameplay all come together to also create a game that’s wildly unique.

If you remember the fun of playing Final Fantasy VII, or remember the days when Super Mario RPG was this masterful strategy game, AvariaVS is for you. If you are a fan of competitive multiplayer, this game is for you. AvariaVS takes the three-person party from JRPGs and turns it into an arena like experience. Games take approximately two minutes, and playing against a friend is an absolute blast.

Make sure you actually see this one being played. It's gorgeous in motion, and the concept plays amazing once you have your hands on the controller.

Check this one out, if just to enjoy the art. If mechanics are more your style, you are in luck too: one of my favorite things about this game is how the status effects work. Trust me, you’ll be hooked the first time you start scrambling the letters on your opponents side of the screen.

Flotsam – Building A Trash City As A Compliment

Coming all of the way from Belgium, this is a type of game I’ve wanted to see for a very long time; Flotsam chooses to be a wellspring of hope and optimism in the face of a terrible odds.

I was a fan of Banished years ago, because of its harsh look at settler life in northern climates. I like Flotsam for a similar, if very different reason; I enjoy the theme of those who have to endure hard times but still make things work, who still manage to forge a life no matter what life throws at them. This is a game that takes place after the world ends… and yet, it might just be the happiest game on this list.

Get In The Car, Loser! – A Cross Country Trip For Inclusion And Monster Hunting

Mixing an RPG and a road trip has been done before, its true. What happens though when you mix in some visual novel, some romance, and a very different road crew? 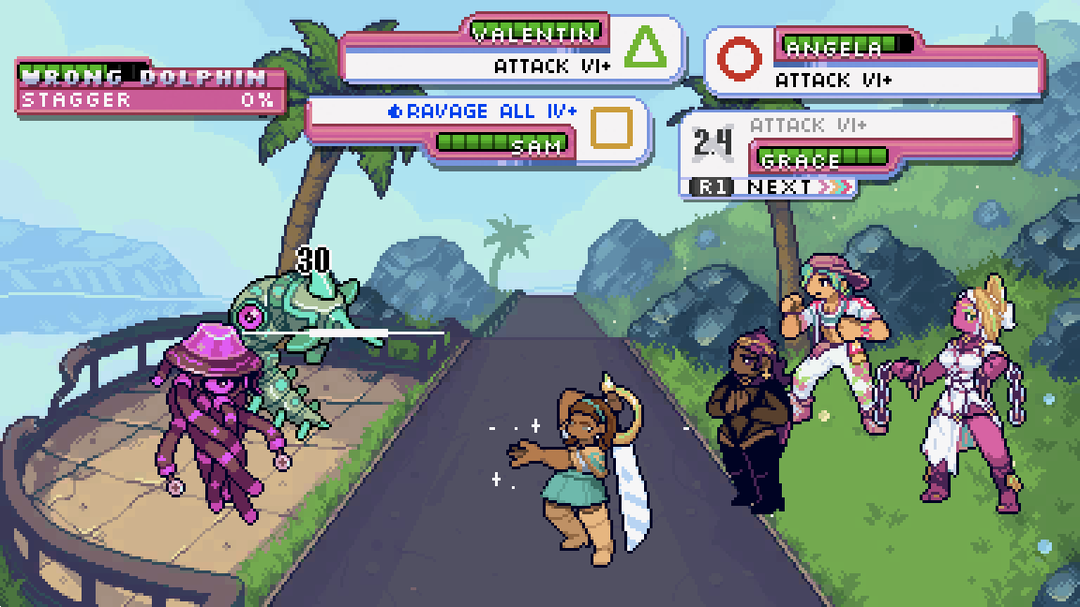 So, Final Fantasy XV without all the extra hype and way too long development cycle? I'm in!

Christine Love is a game designer known for her romantic visual novels, so this is a really interesting jump of genre. Her promise has always been to promote women, queerness, and technology in her work, and so I’m really curious about how deep she’s going to go into the themes while also making what looks to be a very fun RPG combat system as well. Also, Get In The Car, Loser! is a fantastic name for a game.

Headliner: Novinews – Writing About The End Of The World

I’m sure this is a game that’s going to cause all sorts of conversations. As someone known as the Headliner, your job is to manage public opinion at Novinews. Of course, its never that simple. This is a game that takes inspiration from Papers, Please to try and move that style of game to the next level. 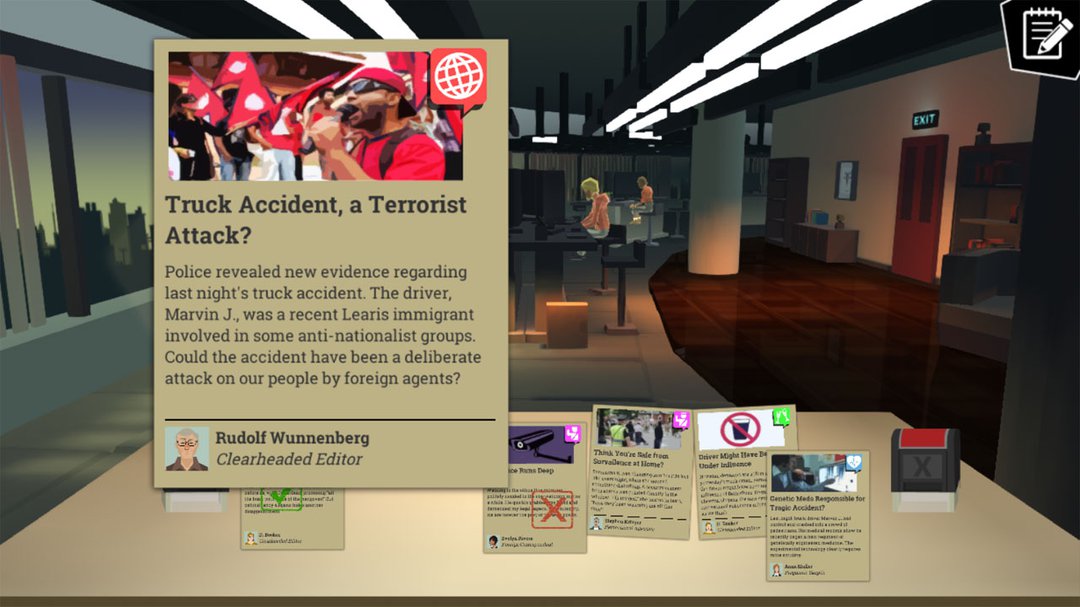 Out of Space – You Thought Just Switching Apartments Was Bad

So many games deal with some pretty heavy topics these days, so why not a game about trying to move in with some friends? You know, normal stuff. Except of course, you are moving into a space station that might be infested with interesting life forms. 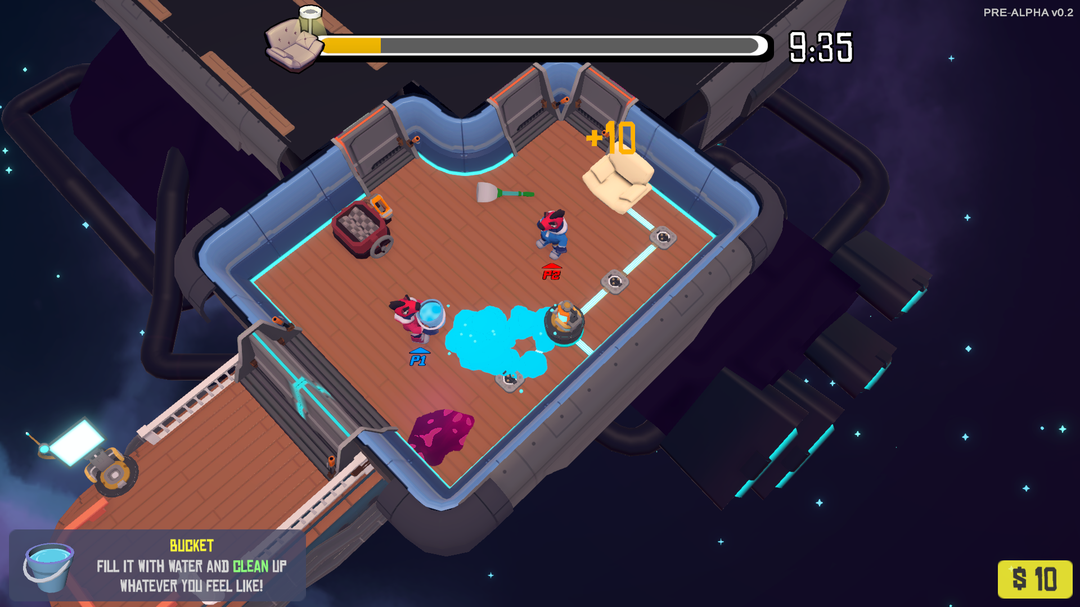 Brazillian developer Behold Studios has made games like Chroma Squad and Knights of Pen & Paper, games that are known for having a fun joviality to them. I’m always a fan of co-operative games I can play on the couch with my wife, so I’ll be stopping by here for sure.

Star Renegades – The Resistance Must Live On

Their last game Halcyon 6 won us over two years ago. It was charming and nostalgic, filled with insider jokes for Star Trek fans while offering a new experience to strategy gamers. Star Renegades is their sophomore offering, and it looks to be their attempt to improve on everything they learned before. 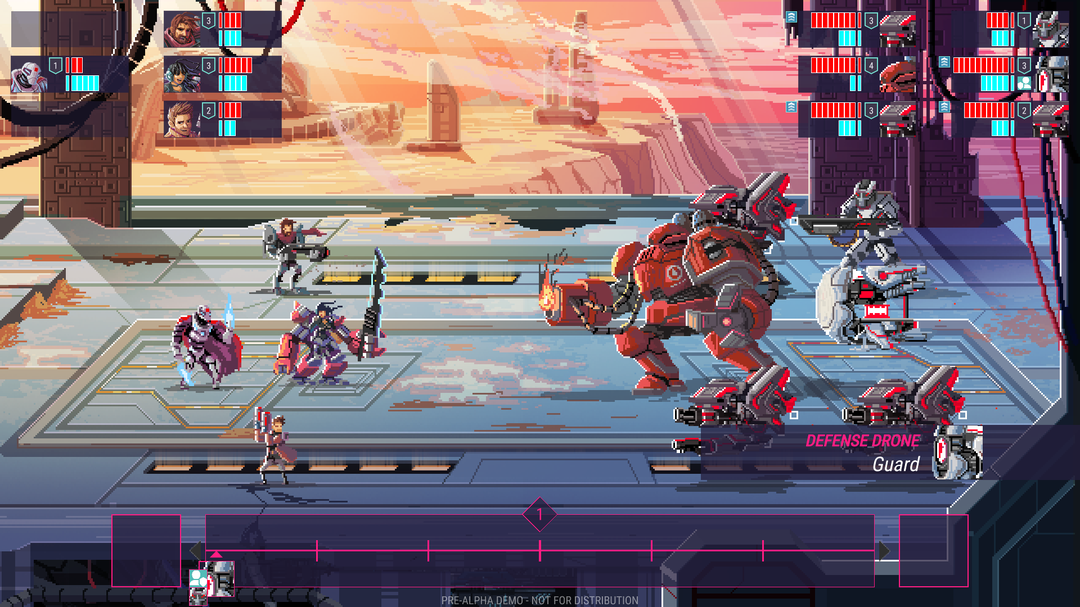 This is another game that comes to life when you see it in motion. If you are a fan of old-fashioned turn based combat, these guys know how to do it really well.

With a tag line of “Resist, Reclaim, Revive, Repeat”, Star Renegades looks to take more inspiration from Star Wars and Mecha adventures. Touting itself as a tactical RPG with rogue-lite elements, the quality of the animation and the polish that their last game had means we’ll be checking out this game for sure.

Something Here for Everyone

The list we’ve presented here is in no way comprehensive. Hell, by the time I finished going through all 78 games and writing about each of these, I wanted to put more on here! Don't worry though - we're so very close to the doors opening on March 28th. Here's a comprehensive list if you want to do a little research before it's time to rush out to Boston.

Just remember to do yourself a favor if you are going to a PAX event this year: keep an eye out on the smaller booths. You just might find your new favorite game.