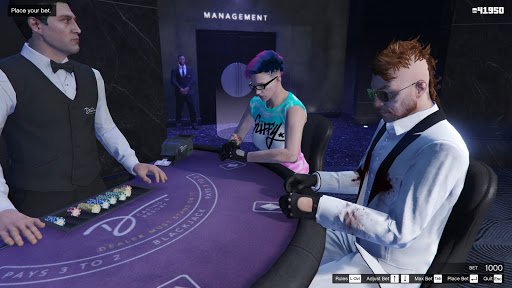 Grand Theft Auto Online’s latest addition to its wacky world is a fully operational casino, complete with table games, an enormous wheel of chance and even indoor track.

The update, officially titled the 1.4.7 update, added the long awaited Diamond Casino and Resort to the over half a decade old game. The former construction site is now the location of a lavish, GTA-style over-the-top palace of sin. With enough cash, players can enjoy (aka lose their money in) three card poker, blackjack, slots and roulette. For those with a bit more cash on hand than the rest, there is also a high-limit area that promises big rewards for big risks. 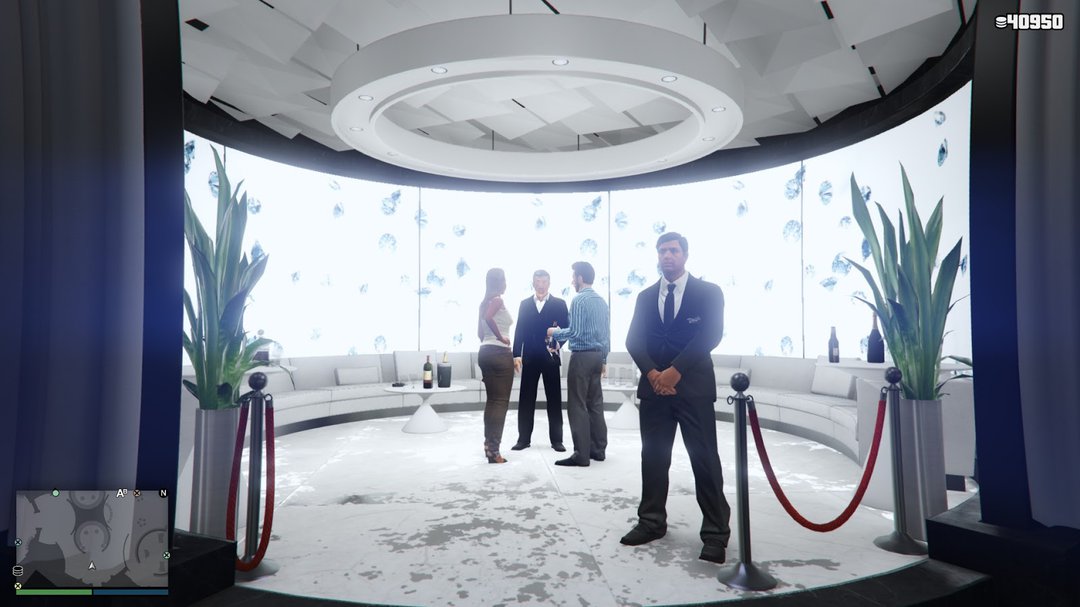 There are also VIP areas, but they’re mostly for show.

The title also adds a heap of additional content, including new vehicles, new clothes, a brand new job series and a new player home inside the casino. That being said, you’ll need to purchase this player home before you can host any of the jobs included in this latest series. This penthouse is included in the casino, and by purchasing it for a minimum of 1.5 million GTA$ you get access to this new series of missions along with some sweet perks. Penthouse owners become VIP members of the Diamond Casino, get 5000 chips to start gambling with, limo service to some of the more notable areas of the map, and more.

If the glitz and glam of a casino palace aren’t your speed, also added in this update is Arena War, a new set of game modes that focus around vehicles that look like something out of Mad Max and explosions. These events start at the mundane race to the death to a vehicular game of explosive hot potato. Players are also able to buy and customize their own arena vehicles, bringing the insanity outside of the arena. 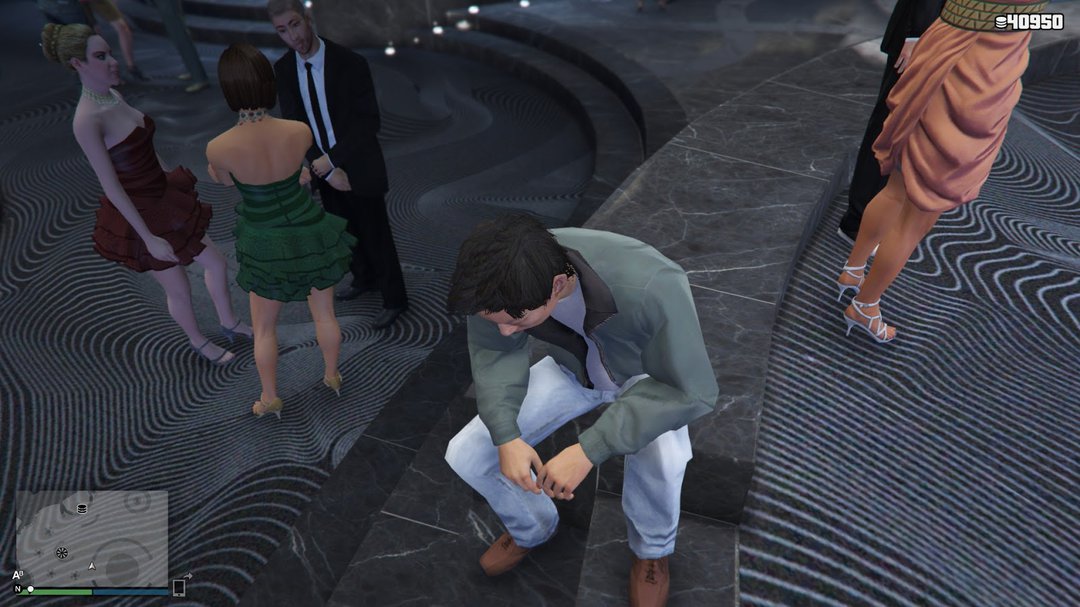 Spending real life money for GTA$ could have you looking like this guy.

While some players have rejoiced in all the latest update has to offer, others are more wary or simply critical. The Diamond Casino is a big step, as it’s the most explicit example of gambling in a game that must be paid for to date. Although gambling does exist in many forms across games, in GTA: Online you can use real life cash to gamble in game, of course without the chance of any real life returns.

Already established voices against gambling in games have made clear their concerns about this practice. Prominent youtuber and former writer for The Escapist, Jim Sterling, said in one of his latest videos that “an actively monetized casino has no frigging place in a video game.” Governments are also cracking down on the content in this latest update, with a list of over 50 countries that have banned access to the casino due to their gambling laws. Players have posted ways to work around their country’s gambling laws to access the casino in response to this list, usually in the form of VPNs, which change a user’s IP so they digitally appear to be somewhere else in the world. However, the use of VPNs for this purpose can land a user in legal hot water if their local law enforcement agencies catch wind of their online gambling habits. One thing is for certain: the controversy over this online casino doesn't seem to be going away any time soon.