A Quick List of Big Deals And Gaming Inspiration

It’s that time of year again! The holiday gifts roll in, the bank accounts are already tumultuous… and Steam decides for one last time to go for your wallet.

Shameless attempts at capitalism and encouraging mass spending of possible gift cards that just rolled in? Yes. But look on the bright side: its a great chance to often time get that game you’ve been waiting to try for years, to go out on a limb and try something brand new just as the near year arrives. 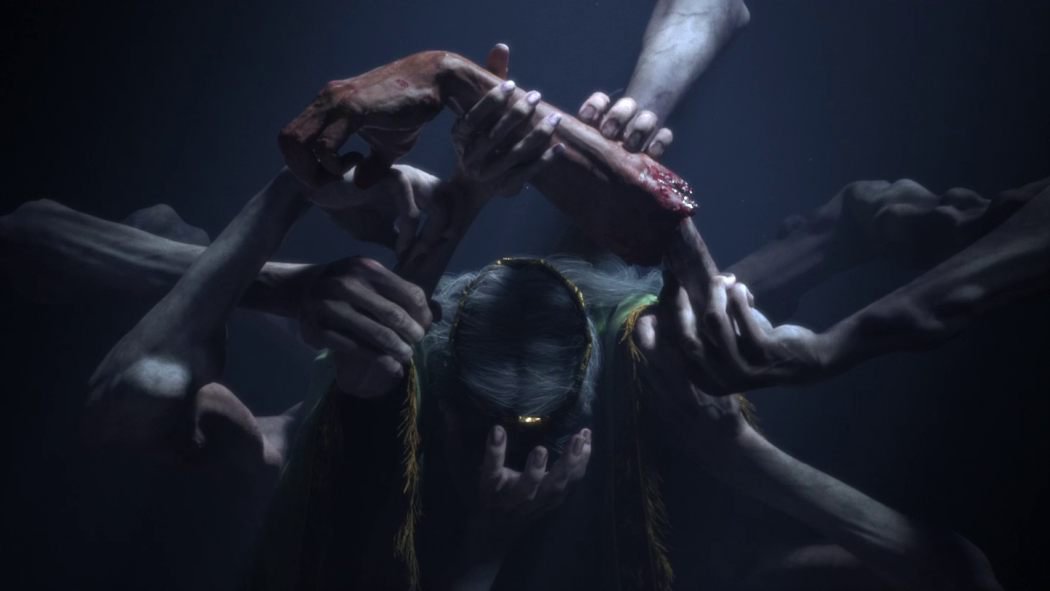 Yes, we know Elden Ring is currently on sale! We tried to focus on games that had at 50% discount or better however to help with saving money.

With that in mind, we at Sprites and Dice compiled a small list of games from this recent sale that felt especially noteworthy. The games we chose all had very steep sales and our team could point to as ‘classics’ of their genre, so they are great entry points for some into possibly a new favorite game style. We also included a runner up for each, one that might not be on such steep sale, or just a little less well known, just in case you might already own the original suggestion. We hope they help! 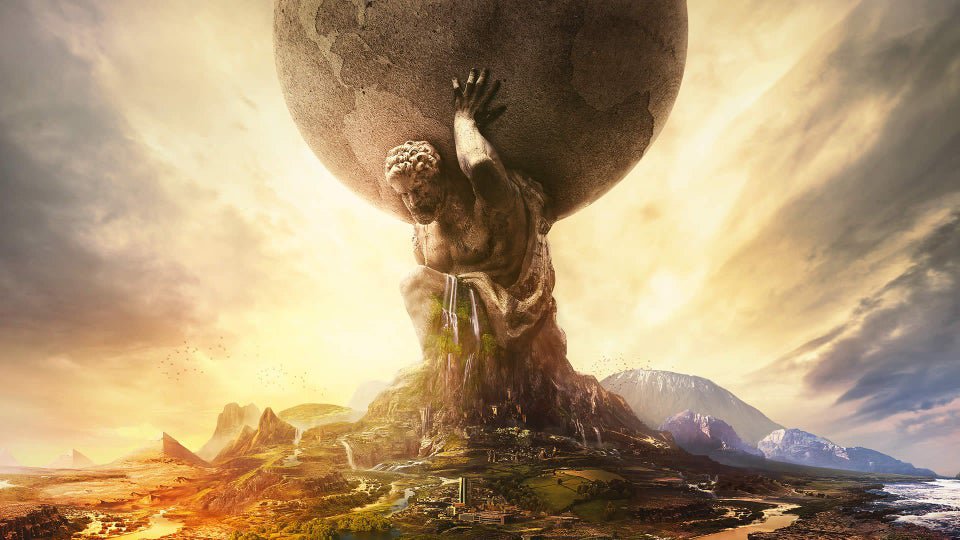 Civilization is a grandfather series, through and through. It is arguably what founded and popularized the 4x style: Explore, Expand, Exploit, Exterminate. Civ 6 came out in 2016 and changed up the formula by becoming a bit more board game-esque in how you lay your cities out in districts; some people loved it, some people hated it. I personally enjoyed the updated style.

The base game is a whopping 90% off, and there are hours and hours of content here. Of course, there is a reason the game is so unbelievably on sale, as new DLC leader packs are currently what they are selling. To get the biggest bang for your buck, the two full expansions, Gathering Storm and Rise and Fall are currently less than $5 each, so the amount of content you can get for just about $16 is astronomical

Paradox “Grand Strategy” game titles can be intense, but Stellaris stands out for being a great Sci-Fi epic where you aren’t limited by historical records and instead go for that classic 4x style. It’s a little more difficult to get into than Civ 6, but if you’ve ever wanted to take a dive deeper into this genre, now is the time. 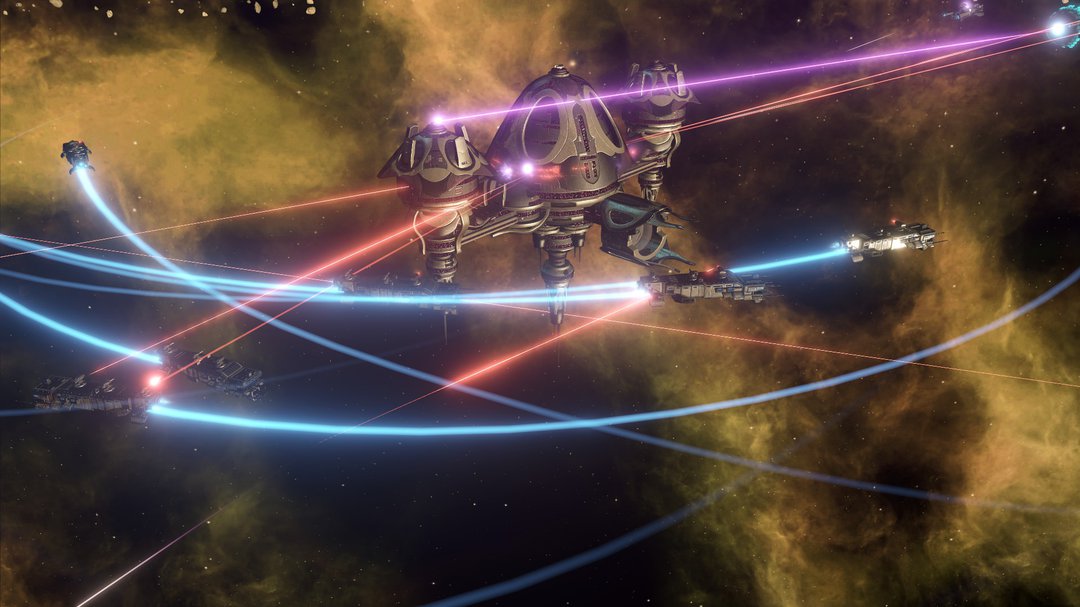 Managing a galaxy-wide navy is a lot of fun, especially when all the laser shots break out at once. Remember to zoom in and enjoy the graphics of the game sometimes!

Stellaris is currently 75% off, standing at only $9.99 Paradox loves selling tons of small expansions, and I would suggest buying these DLC packs during large sales like this one. There’s a “Starter Pack” with the base game, two major expansions and two story packs for just $35.95 right now, but I would go for it only if you already know you are ready to jump in with both feet.

I swear Firaxis isn’t sponsoring this article, but I have to recommend another game as a classic. While the original revamp of the series Xcom: Enemy Unknown is also incredibly discounted, I feel like you can jump right into the sequel and enjoy all of the quality of life upgrades immediately. Set in the near future where your team fails to fight back against the alien threat in Enemy Unknown, your rag-tag team of human resistance fighters have to undertake some of the most nail biting turn based strategy RPG missions I’ve ever played. It shouldn't be so fun to name, personalize, and get attached to your human combatants... just to sometimes watch them fall in the line of duty. 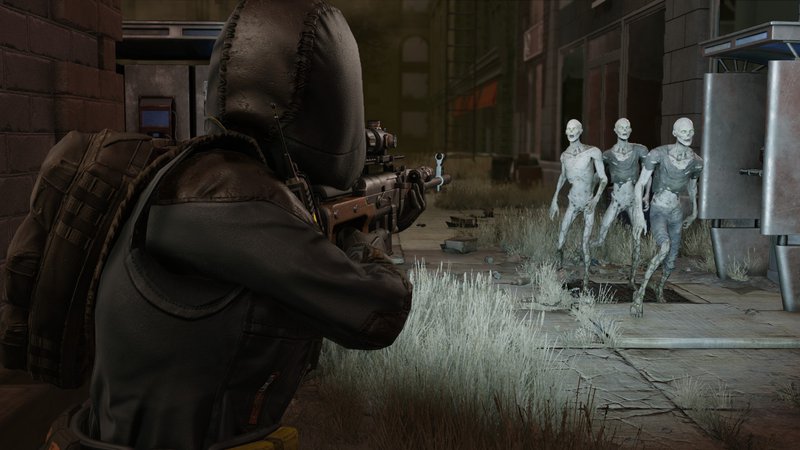 It’s a tough, tough game, but it rewards you handsomely. Its still a favorite game of mine and a few of our writers. The expansion, War of the Chosen, is currently only $9.99 as well, and the expansion adds enough content to make the whole game feel like a sequel. Recommend getting both at the same time. 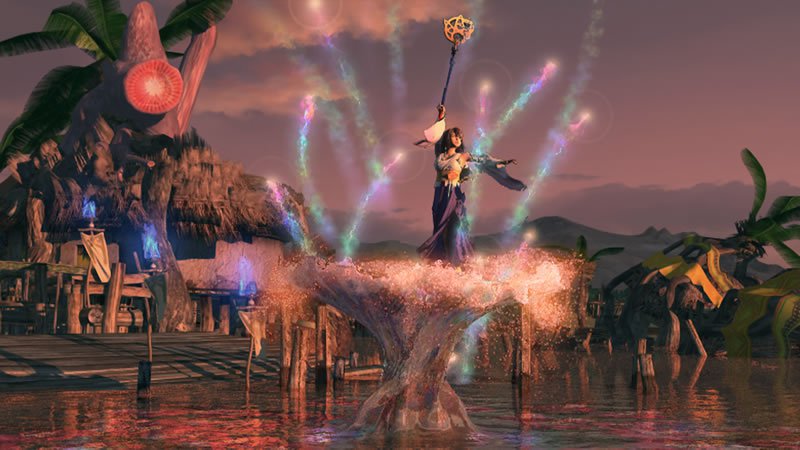 It was a powerhouse when it first arrived on the Playstation 2, so seeing this classic get the HD treatment is very satisfying.

Following the story of Tidus as he tries to return home, FF10 is a great game still just because of its amazing summoner battles and the vast story it tries to tell. While X-2 is sometimes joked about as being a Charlie’s Angels girl-power knock off, its dress sphere system for swapping classes mid-battle is honestly a lot of fun. Give it a shot! 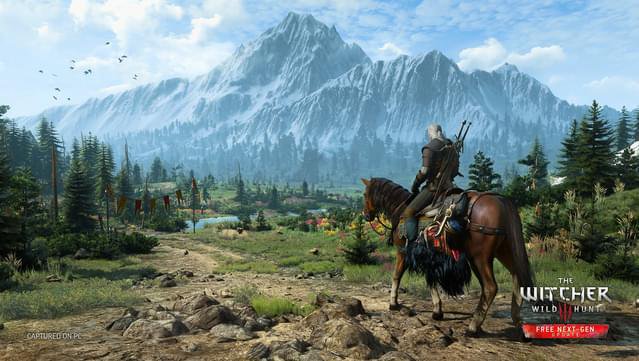 I don’t think I need to talk much about this one. Beloved by novelists, Netflix watchers, and gamers alike, Geralt of Rivia is a beloved gruff figure who people can’t seem to get enough of. Witcher 3 is still considered to be one of the best open world games ever made, and with gorgeous graphics, stunning music, and dark eastern-european inspired lore, has captured the hearts of many.

We recommend this one in part because the developers just finished a free “next gen” update to improve the graphics even more for those with hefty consoles or graphics cards. It’s hard to say no to such a beautifully huge open world.

This is a personal favorite of mine. While not to everyone’s taste, its hybrid take on 3rd person shooting, community building, and trying to level up your survivors while not having them be ripped to shreds always seems to suck me in. Every few months, I get the hankering to play, and load it up to see how well I do during the zombie apocalypse. 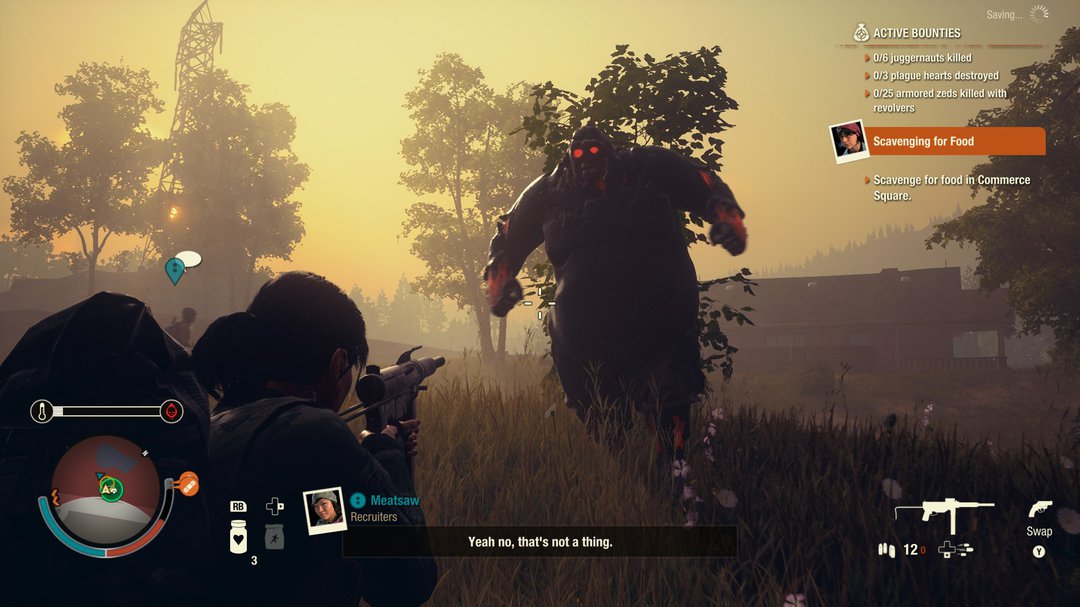 I enjoy how the game can go from a silly looting romp with friends to being absolutely nerve-wracking out of nowhere. Have fun with the Juggernauts!

While only 50% off at $14.99, I still think its a great sale because the game is constantly updated. Since its release in early 2020, Undead Labs already added two more game modes for free to the game, a slower-paced story adventure and an intense horde mode. Still being updated and reconfigured, there’s a lot of content you can play with, especially with a group of friends. 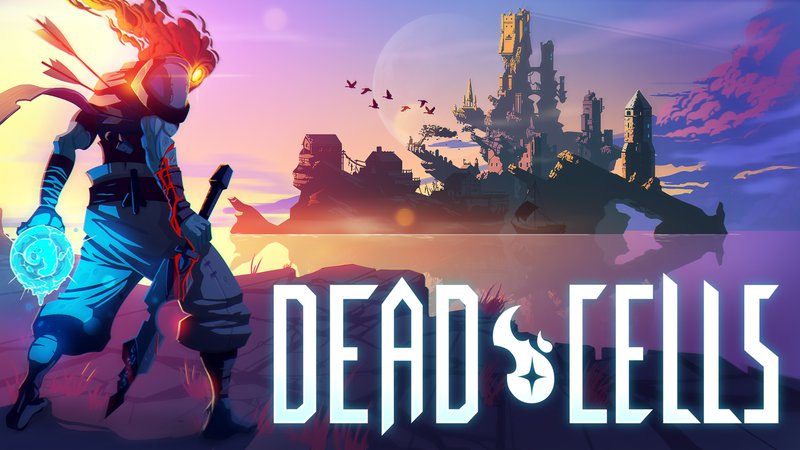 Run, fight, find shinier and deadlier weapons, die. Rinse, repeat. A 2-D action platformer, Dead Cells is absolutely charming in its use of pixels in buttery-smooth action, its gothic tone, and a protagonist that should be a lot more worried about being headless. It's more forgiving a game than some more ‘classic’ roguelike games, but once you beat it once, Dead Cells gives you the ability to turn up the temperature to mind-numbingly hard. This surprise hit from Motion Twin is beloved by many, and its multiple expansions are also on sale right now as well.

In a game that couldn’t be more different, Monster Train is a deck builder like Slay The Spire. However, the twist in this game is that you are a demon, driving the last sparks of fire... to the center of hell... to rekindle its hearth and save the world? It’s a very odd premise, but it works as angels attack levels of your train, having you stack your demons as lines of defense while trying to create crazy combos. 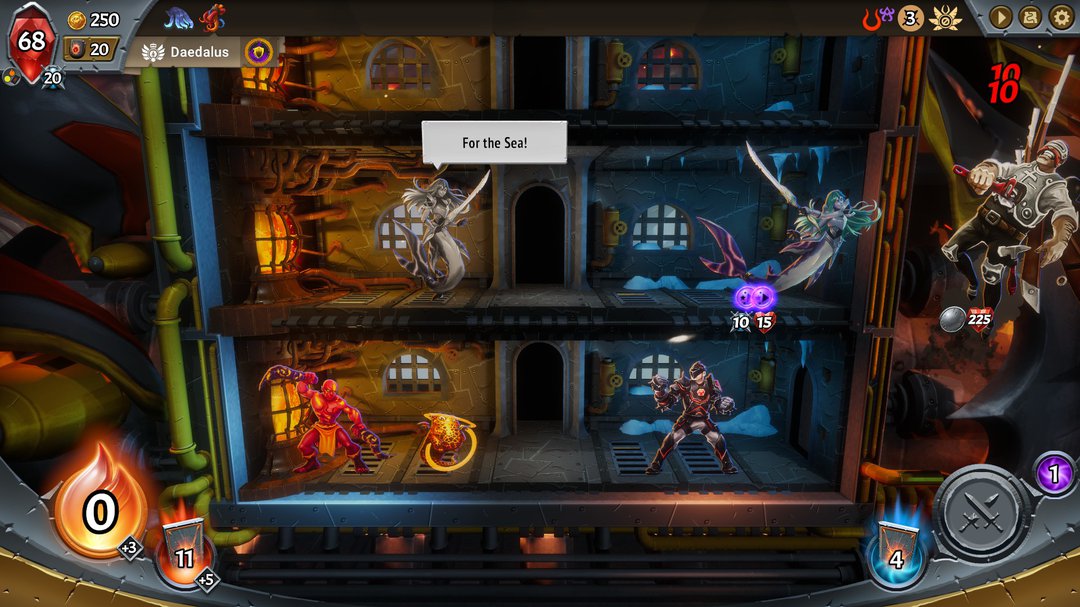 Monster Train is currently 75% off, coming in at only $6.24. The expansion is on sale as well, but I highly suggest giving this game a shot if you liked Slay The Spire, or just haven’t tried a deck builder before. Special shout out to the music - it has no right to be that good.

Maybe it’s the cold, but I always get the urge to play this masterpiece of a game when it snows. A city builder that also tells a story, Frostpunk puts you in charge of possibly the last city on earth as you make tough choices to try and survive temperatures that would frostbite your fingers instantly. 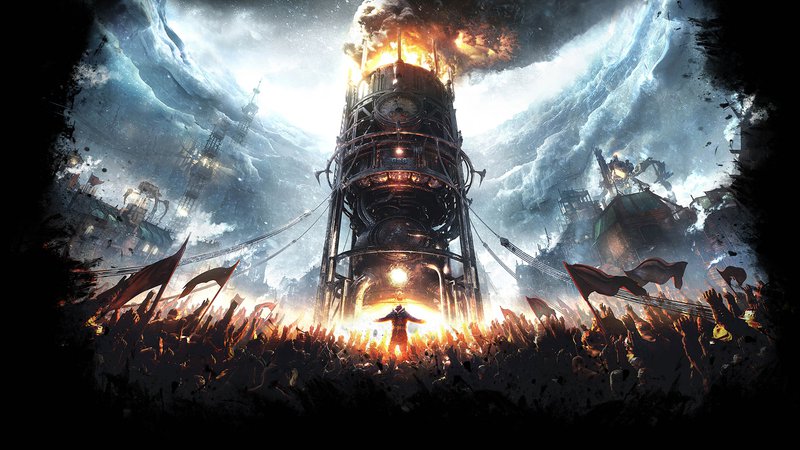 It’s a tough game, but its presentation of music, art, and it's in-game menus speak to a level of polish and shine that many games in the genre never even aspire to. In addition, its very good expansions like The Last Autumn are also on sale: you can get everything for $13.80 during the sale.

In possibly the biggest tonal shift ever, Planet Zoo goes from asking if you can survive the apocalypse to instead asking if how many people you can make happy with cute fuzzy creatures. A fun sand-box style game that lets you build massive sprawling zoos, Planet Zoo deserves a look because of how much attention it gives the animals: they are beautifully animated, moving and behaving like they do in real life. Well, as close as you can for a video game. 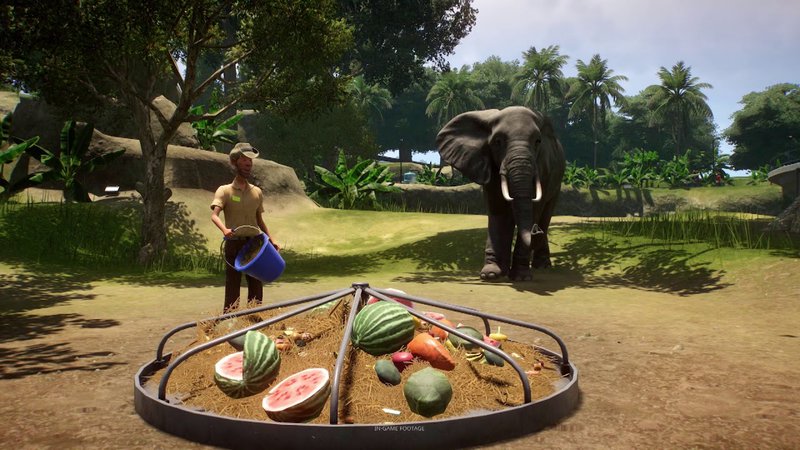 The base game is currently 75% off, starting at $11.24. I will warn you however that Frontier Developments makes DLC constantly, asking for $10 dollars at a time to give you the chance to have a handful new animals, environments, or new park themed upgrades. I think the base game is great as is, but if you are going to get DLC, wait for sales like this one to snag a bunch on discount.

With that in mind, this is our last article for 2022. We’ll be starting off 2023 with some resolutions, a contest, and hopefully a few surprises. We hope you have a chance to celebrate the end of what was a tough year for many, and that your 2023 is better and brighter than what came before!

No matter what happens: remember life is short, and just keep having fun gaming.