Now With Prize Support! Inquire Within. 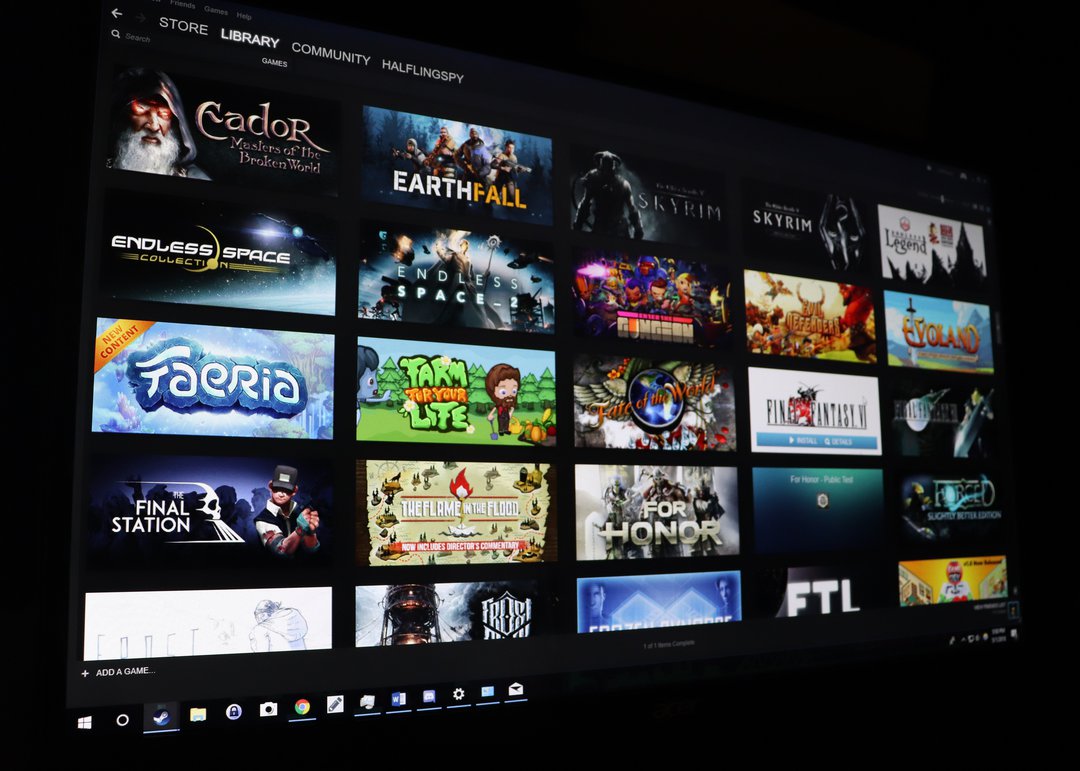 When we started Sprites and Dice, one of the main goals was to try and bring a little joy back to gaming. It might seem like a strange phrase: why would someone need to bring joy back to a hobby that was made to well… bring joy?

The 21st century brought hundreds of both blessings and curses to those who grew up praying that their parents might bring them to the arcade at the mall. Video games became easier to play at home as processing power skyrocketed, and suddenly you could not only try and save the princess with a few quarters, but explore entire worlds. But as the industry ballooned, so did the complications. The ability to have better graphic cards turned into an arms race between developers and players to own $1,000 dollar bits of hardware. The creation of Massively Multiplayer Online RPGs led to “Games As A Service” as a business model. The list goes on and on.

That moment when you've done a week of daily quests and find out you need to buy in-game currency anyway for a shiny hat.

Sometimes, it’s important to pull back from the complications of a now much bigger industry and return to the simple joys. For the next month, we’re going to try and let go of previews and the anxiety of waiting for whatever games are coming out next month. We’ll try and ignore perfectionist urges and achievement lists. We won’t care about competitive ranked lists and how many concurrent players there are on steam for our favorite games.

It’s time to Finish The Damn Games we already have.

In previous years, we’ve tried to dedicate a month to games already in our library to finish and write about. Sometimes we do really well and write great reflections about the experience, while other times we make lists of hopeful games to finish and still haven’t completed a single one of them three years later. Whether successful or not, we’ve found the exercise as a team really helpful. It reorients us away from looking at the next big releases and back at the games we already own. In a culture of always feeling the need to buy the-next-best-thing, taking a little time to work backwards can help bring a little appreciation back to the hobby.

Why do this? Why focus on the past instead of the new shiny future? Well, a few reasons. The main reason you might say is money: how many games have you bought and never even opened? You bought them originally for a reason, and without even trying the game, it feels like wasted money just… lingering there. Like that aspirational bowl of berries that’s been slowly becoming moldy in the back of your fridge. 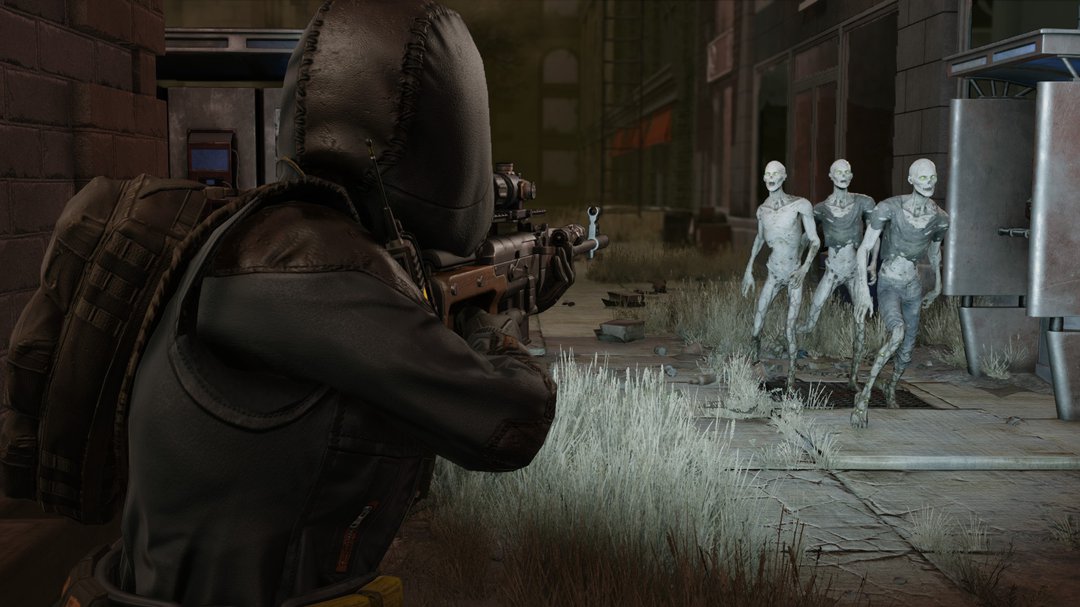 XCom 2 is one of my favorite games ever, and when its massive expansion War of the Chosen came out in 2017 I bought it right away. Yet, I never played it again! I'm hoping to beat it during streaming nights this month.

Playing games you already own does save you money, but there’s also a sense of accomplishment and closure that comes with it too. Games offer players a rare opportunity to actually start a story and play it through to its conclusion, whether its exploring an open world, shooting hundreds of aliens, or building a farm. As the real world has gotten busier, that sense of finishing a game has gotten sometimes even harder to find. More games released today are built like Fortnite; there is no start or end, but always more content, always more daily quests and goals to keep you playing. They can absolutely be fun experiences, but lets be honest – the last time you loaded into an MMO or battle royale game, did you do it with excitement or a sense of obligation?

Finish The Damn Game Month is an attempt to return to the simpler pleasures of the genre. The biggest new releases and the daily quests can wait a few weeks; for us, August is a chance to enjoy what we already have and sort out our backlog.

This year, we are upping the stakes by putting money where our mouth: we're hosting a contest with some money behind it this time around.

On our discord, we’ve set up a channel called “Finish The Damn Game Month”. During the month of August, we’ll be encouraging people to talk about what games they REALLY want to finish. Maybe its to vent about why you never finished that last Final Fantasy you’ve always meant to, or maybe its to get some advice on how to finally beat Darkest Dungeon. However, we’ll also be using that channel to orchestrate a giveaway of some of the money we’ve saved up from our patreon.

Rules of the “Finish The Damn Game 2022” Giveaway:

And that’s it! We’d love it if you liked our social media and stuck around to talk with our community in discord too, but right now, we just want to encourage people to open their backlogs and feel like they’ve enjoyed games that have already been purchased.

If you need the discord link to join our community, here: https://discord.gg/zzZqRFXRnE!

It’s About The Games You Beat Along The Way

On a personal note, the last few years have been… well, difficult. It’s hit everyone a little differently, but everyone I know has had to deal with some level of hardship. I wrote a year ago about how having a kid right as COVID kicked off nearly broke me, and how gaming helped. It did, of course, but once my baby Jonah started being able to walk, the sleepless nights also turned into no calm moments of gaming with an immobile baby in my lap. My ability to find stress relief in gaming tanked. To compensate, I did a lot of window shopping. My steam backlog of wishful thinking grew and grew. I spent money I didn’t have on impulse purchases I still haven’t gotten around to.

When 2022 kicked off, I made a resolution to beat at least ten games. Not just play, but complete to a point where I felt truly satisfied, and feel a sense of completion as I uninstalled it. I’m at nine at the start of August, and I’m really hoping that this month will get me over the finish line. In a world that feels like its constantly having an anxiety attack, the simple pleasure of knowing I finished something, however small, can be a great joy. 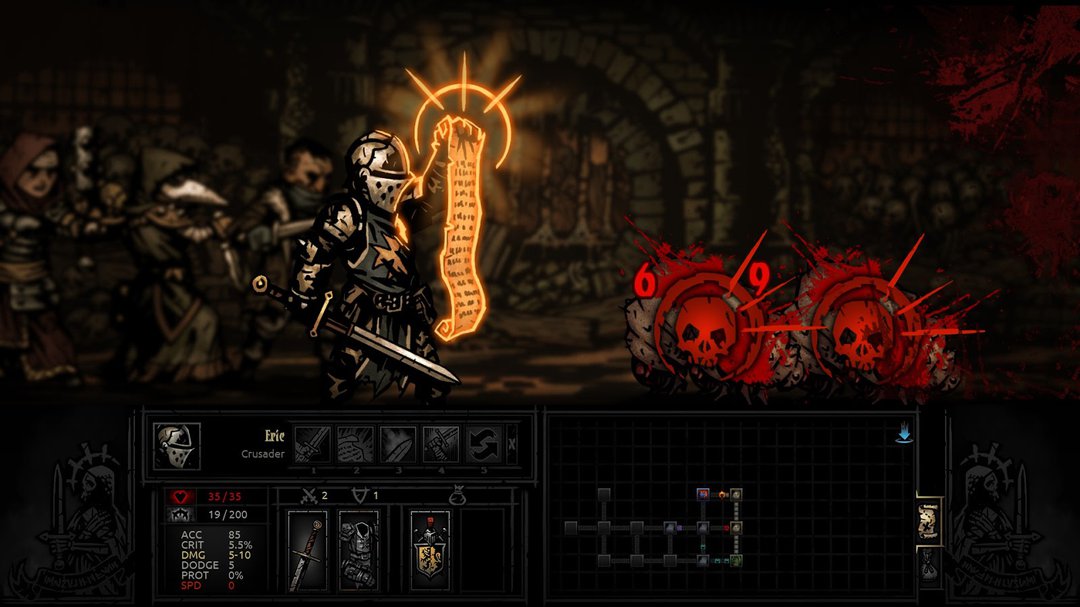 Maybe this is the year I finally beat Darkest Dungeon! What's a game that you've been meaning to try and tackle for years? How good will it feel to finally finish it?

That’s why we’re hosting the contest, in the end. To up our hopes to play games we’ve gotten in the last few years, maybe write some long overdue articles and reviews about them, and to invite others to find some of that simple joy as well.

Happy gaming everyone, and may your backlogs feel lighter in just a few weeks.