A Farewell To Netrunner 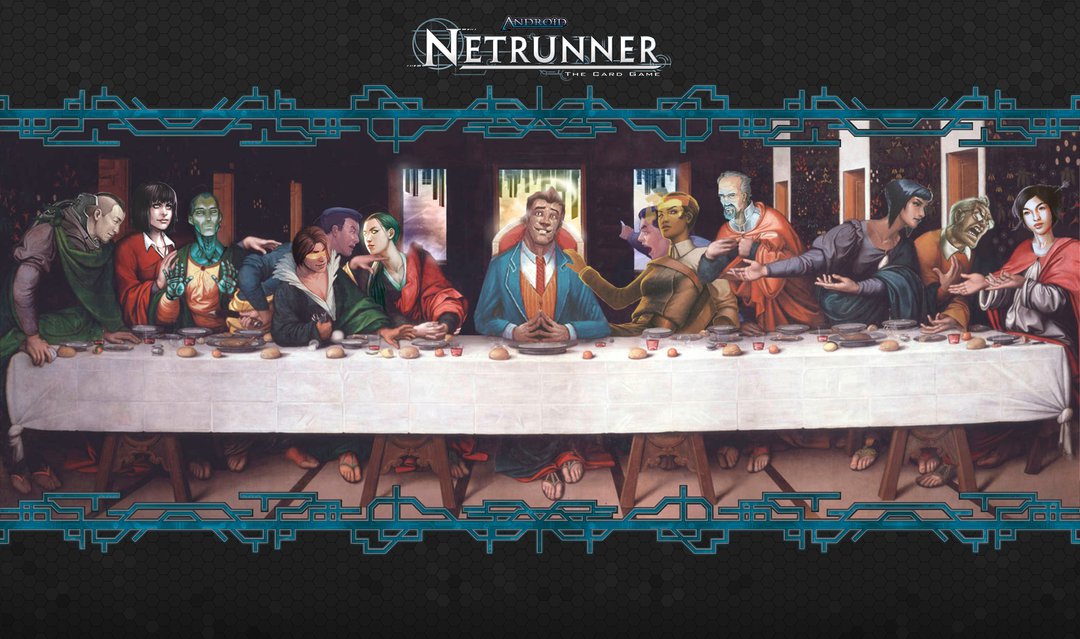 The news about Android: Netrunner hit me like a freight truck moving at 75 mph. It’s Friday. The alarm rings at the same time it does every morning. I get up, follow my daily routine to get out of the house, and start on my commute to work. My thoughts drift to the box I know is in the mail at this very moment, a box which might be waiting on my doorstep today when I get home; I haven’t been this excited for new datapacks in months. The weather is sunny and already quite warm. It’s going to get up into the 80s today.

I hadn’t played Android: Netrunner for close to three months prior to last night. A year ago the slow decline began. Graduations, new jobs, moving. Life pulled several members of our local Netrunner group down different paths in life. Off to newer, greater things, but away from the nets we’d come to love running together. That decay continued through a new banned/restricted list and a revised core/rotation that breathed new life into this game we all loved. Netrunner was better than it had ever been. It had returned to something joyous and pure like when I’d first discovered it. Yet, our local group dwindled. Over the last half a year it had been just me and two other friends, one of whom was often taken away by school, work, and other completely justifiable adult responsibilities. Still I kept up trying to attract new runners. I still loved the game too much to let go.

But last night had been different. Inexplicably this week, I’d felt the urge to go online and order the remaining datapacks I’d stopped keeping up with. I visited my account on NetrunnerDB and built new decks using the new cards and new jank I was brewing in my head. I hastily assembled the decks when I got home from work on game night, proxying anything I knew was still in the mail, and messaged my friends on Facebook. “All new homebrew! Bring decks tonight!” Someone else did, and we had a great time reconnecting. 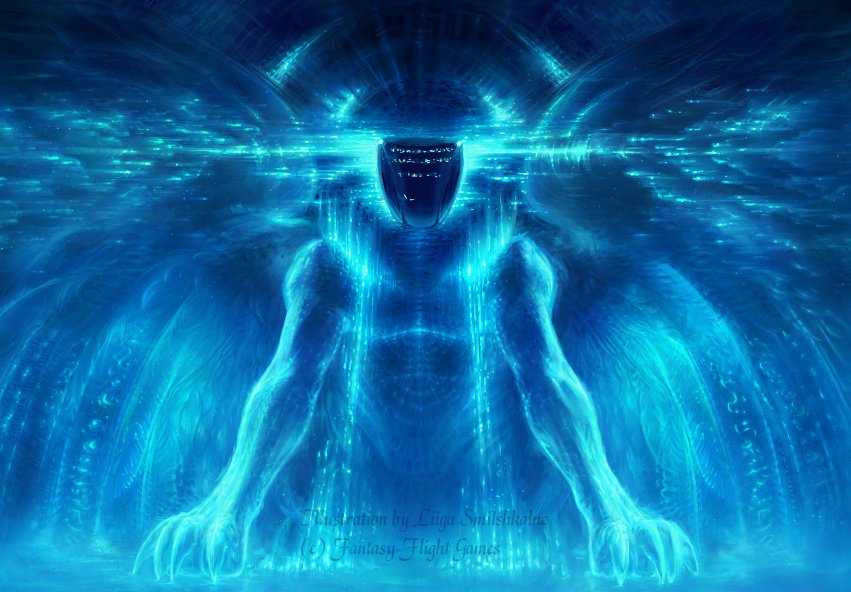 I love that image of projecting myself into digital space. So few games let us live that feeling.

“Maybe my new packs will arrive before the weekend,” I thought on my 30 minute drive to work today. Sprites and Dice would be hosting a board game meetup at a local game store on Sunday, and I’d already called ahead to the store to make sure the staff knew to advertise a “learn Netrunner” table I’d be setting up as well. Maybe we’d finally get some new players and breathe new life into our local group.

Then the freight truck ran me down. One of my fellow runners works at my office, and he messaged me. “Well, crap. FFG just announced they’re losing the Netrunner license and A:NR won’t be supported anymore come October.” My brain so severely did not comprehend that statement that for the briefest of moments I lost track of all time and space, a feeling I’ve heard described in cases of people hearing about the loss of a close loved one. It was April Fool’s because this obvious prank—no, it was June. Remember? My friend enjoyed good jokes, but this was so unbelievable. It had to be true. “I tagged you on the Twitter post,” was his follow up.

Michael Boggs, which I would later read from his contribution to FFG’s statement, said:

When I was first told Android: Netrunner was ending, I was… something. I don’t really know the name for the emotion that I was feeling. It was a mix of sadness, confusion, and nostalgia. It was weird. Maybe you’re feeling the same way.

To feel sad or confused, I would say I’d need some kind of reference point from which to feel differently or lose direction. I felt aimless. Dissociated. Disconnected. I was spinning alone in the vacuum of space. I felt like I wasn’t currently existing in any kind of realm resembling the reality we know. And after I came to my senses again, grounded my feelings, asked the whys and went through the what ifs. Then—only then—did I feel the sadness. 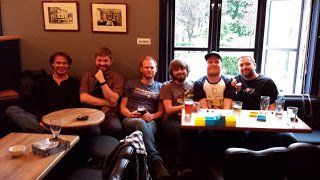 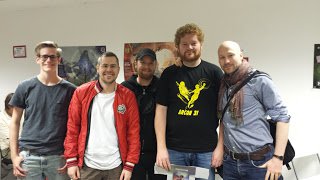 Just some of the friends I've met playing this game.

Android: Netrunner has been my dear friend these last six years. I’ve deeply examined where the fun lies in the game. I’ve used it as a literal passport in the gaming world (featured above). Through all the evenings of playing other board games with other people, waiting for game nights to start, getting out for casual cards on the weekends, being stood up at game meets, and experiencing all kinds of in between times this game has filled (like passing hours in a Norwegian airport teaching my wife to play), I’ve always had Netrunner. Some of my closest, current friends I've met in the spaces between servers and ICE.

It’s been more than just a lifestyle game; it’s a game that’s been a part of my life.

I know that FFG still holds the Android IP and that we’re likely to continue seeing games set in that universe. I look forward to those games. But for me, I can’t imagine anything replacing my most beloved of cyber-future themes: hacking. I identify with this niche slice of the Android world in all of its exploration, experimentation, abstract constructs, dangers, and rewards. I will likely continue to play the game as long as my friends bring decks to game night. I’m a little afraid of the day, now so much closer than it originally seemed, when those decks might stop appearing on my Thursdays.

We built one heck of a rig together, my friend. I will ride out this run with you until “the cybersun [drifts] down behind the Great City, the space around you rippling with colors you can't imagine." -Kate "Mac" McCaffrey