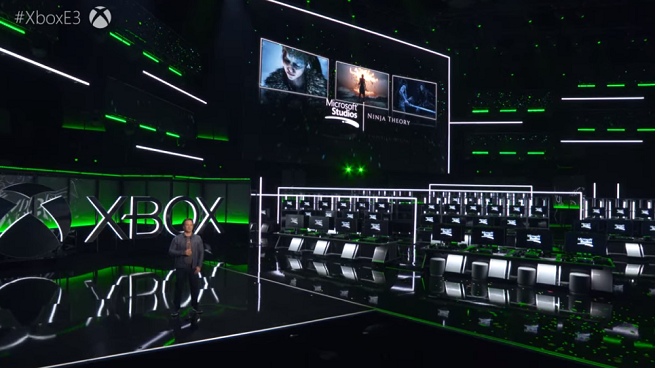 What should a press conference at E3 look like? Should it be filled with in depth gameplay? Should it be a ton of flashy trailers, leaving the crowd frothing at the mouth with the need to know more, forcing us to hang onto every bit of news for the next several months? Or should a company’s press conference be a chance to rebrand yourself, to give your mission statement, and state lofty ideals about the whole concept of gaming?

It’s a question that I ask myself every single time I watch one of these E3 conferences, and it’s a question that I don’t think anyone, even the companies themselves, really has an answer to yet. Instead, the larger contenders in gaming have gone with a “try everything at once” technique. If there is one company that showcases this the best, it is Microsoft: they showed up stating they had fifty games in their line up, and a bunch of world premieres, exclusives, and surprises. 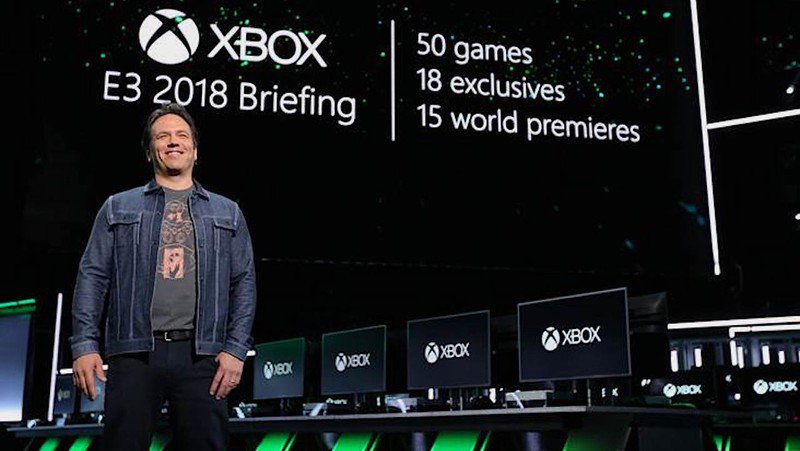 This was a 90+ minute conference, and they wanted to work in everything they possibly could.

The Many, Many Flashy Trailers

Microsoft went with the ‘shock and awe’ tactic, and to be blunt, they did it right. Showcasing fifty games and somehow threading the needle takes some planning. It was a relentless push of games, starting by invoking the iconic Master Chief with Halo: Infinite, and ending with an absolutely bombastic trailer for Cyberpunk 2077. 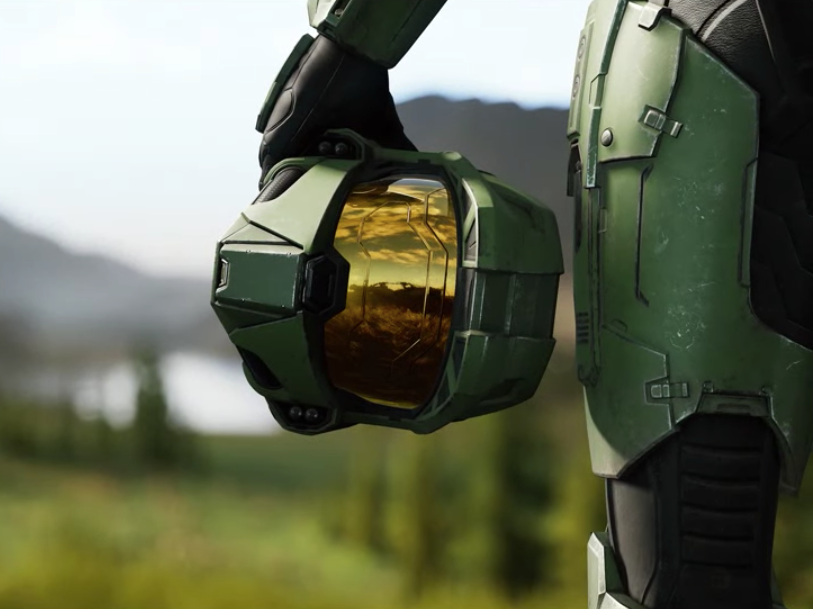 I need to see a reason to play as Master Chief again - but the music was very good.

There were a lot of teasers between that, ranging from a surprise anime mash up in Jump Force to a even more bewildering reveal that there’s a new Battletoads on the way. Shadows Die Twice by From Software was certainly a treat that has me excited. However, a prevalent theme was how many of these didn’t show any gameplay at all. For a large portion of this conference, Microsoft was more showcasing their variety than going into any depth. Personally, I would have liked if the speed had slowed down a little to show some more detail, but that wasn’t what they were going for.

When the conference did take a little more time, the games really did showcase well. Ori And The Will Of The Wisps had an achingly beautiful trailer, giving just enough gameplay for me to understand what the game would be like, while still being cinematic. The Crackdown 3 trailer didn’t do much for me personally, but I understood what the game was about thanks to how they presented it. 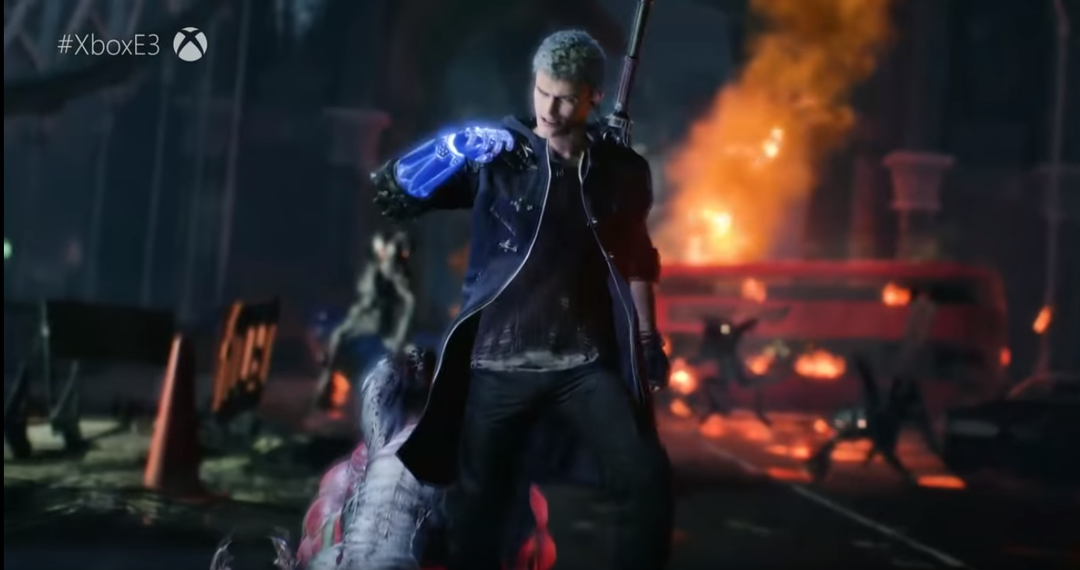 I have waited so very long for this game.

A favorite moment for me was whenever they actually brought someone out on stage to talk about their creation. Devil May Cry and I have a history, and so seeing the creative director come out gleefully squeezing made me grin from ear to ear. There was a lot to show, but whenever a trailer had a few extra second to show gameplay (Metro: Exodus, Tunic, We Happy Few), I was left much more interested in finding out more.

With such a scatter shot approach, there are bound to be winners and losers: games that come out looking amazing, while others might have their shine a little dulled. As much as I hate to admit it, I have mixed feelings about the Division 2 reveal, simply because of the reaction to the stilted dialogue. While the scenery, concept, and combat all looked great, I need a deeper look into the game in order to really feel immersed. On the other hand, Dying Light 2, a game series I had never really looked at before, was so compelling in its look at gameplay that I almost picked up the first one right then. 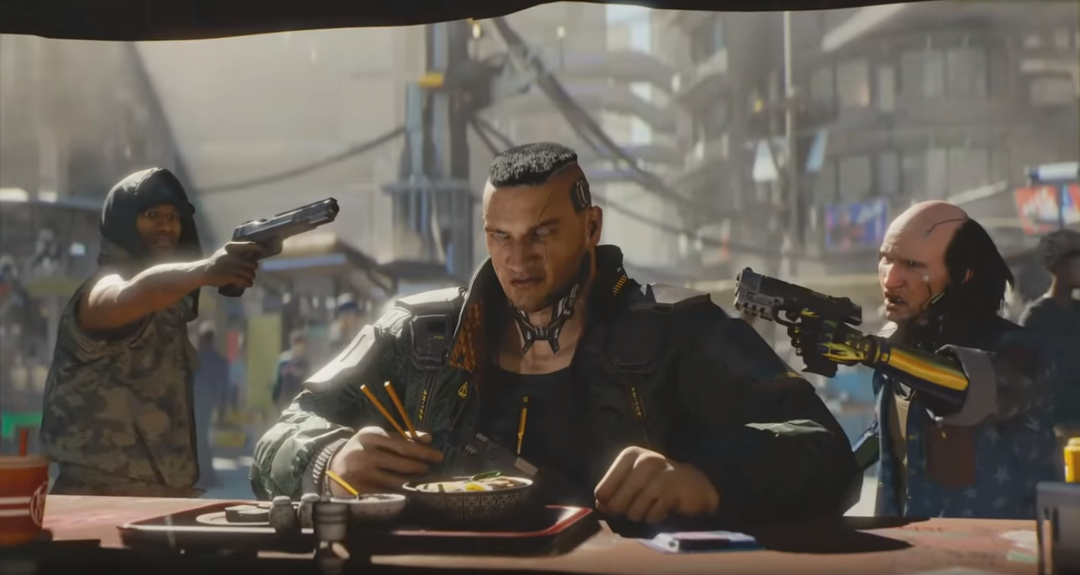 Much of the Microsoft showcase ended up just being bite-sized pieces, meant to whet your appetite, trying to keep you sucked into the rapid-fire pace of news. Sure, I’m glad there’s more Halo, but without any gameplay, I’m not excited about it. On the other end of the conference, Cyberpunk 2077 was revealed so wonderfully that I can’t help but be hyped. I’m sure that everyone that watched will end up walking away with one or two games that really stood out, while some left a bad taste in the mouth.

Pro: Devil May Cry 5 – This game series was my first M rated game, and so it has a special place in my heart. The enthusiasm of its director was infectious, and I can use that right about now.

Pro: Ori, Tunic, and Captain Spirit – This E3 has been shooter, shooter, gritty shooter. These bright games with wildly different sounds and sights were welcome breaths of fresh air.

Pro: The Ninja Theory Acquisition – Microsoft actually took some time out of the event to showcase that they wanted new voices. While the Undead Labs partnership has been known for a while, Ninja Theory - of Hellblade fame – was a shock, and makes me excited for the future.

Pro: Cyberpunk 2077 gets a pass from my frustration of just cinematic trailers for two reasons: the fact of how it was revealed, and just how damn flashy, different, and beautiful it was. I’m still not sold until I see actual gameplay… but the fact it’s the Witcher developer behind this game has me looking for all the details I can.

Con: Division 2 – I cannot wait for this game, just because of how much fun I had with the first one. However, I need to see a better representation of gameplay, because what they showed felt too stilted.

Con: Gears Pop! – I’m all for games trying to branch off into other genres and styles. Unfortunately, I can’t be that generous when you are pairing up with Funko Pop!, because it feels just like a money grab to me.

Con: Kingdom Hearts 3 – Maybe it was the sound mixing, but I was underwhelmed. I remember loving the original game years ago, but it’s been so long between games, and right now it just looks like more of the same, while the rest of the gaming world has moved on. 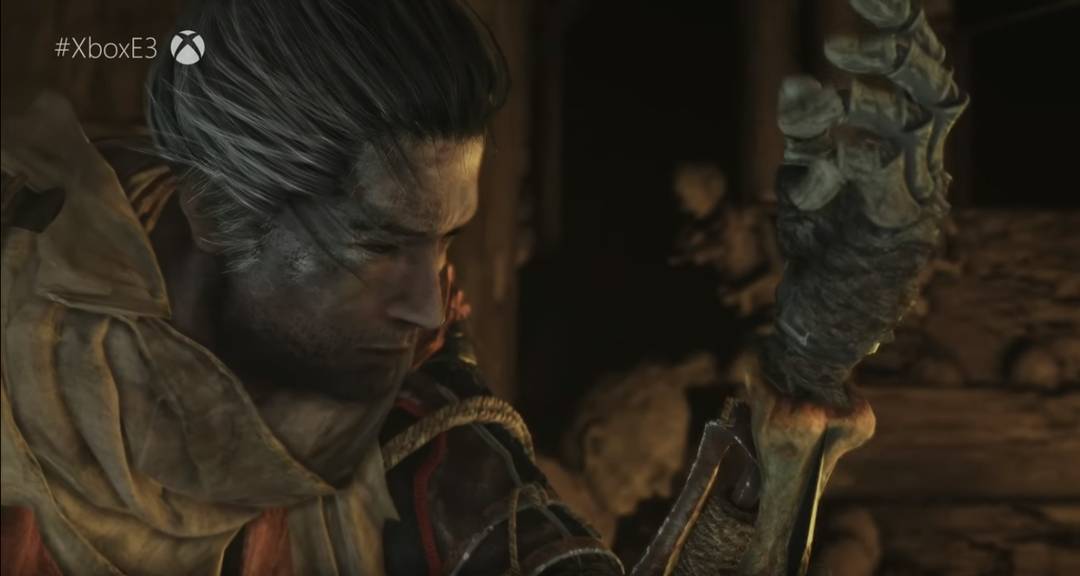 There's a good chance Shadows Die Twice ends up a favorite... but I need to see more in the future first.

In the end, there’s so many more pros than cons, that this conference was certainly a success. Was there any one moment that stunned people to silence? No, but it grabbed people and pulled them in, and let people know how much there was to look forward to.

It’s already one hell of an E3.