Those Are Game Titles, Not A Description Of The Company 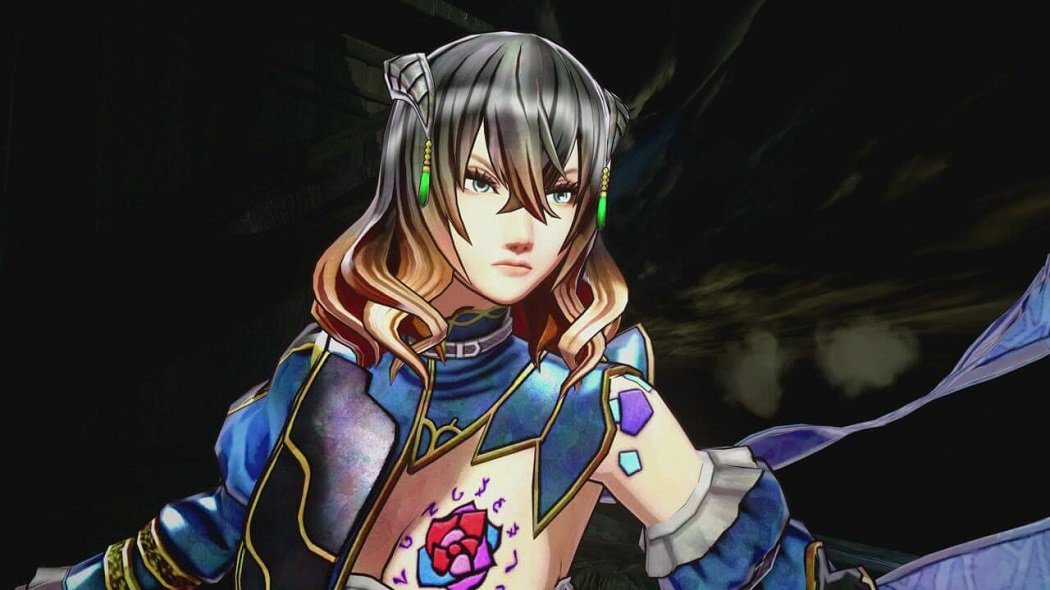 Forgive the belated PAX content; several of us at Sprites and Dice had our lives catch fire in various ways in the last month. However, never let it be said that we let real life get in the way of gaming! 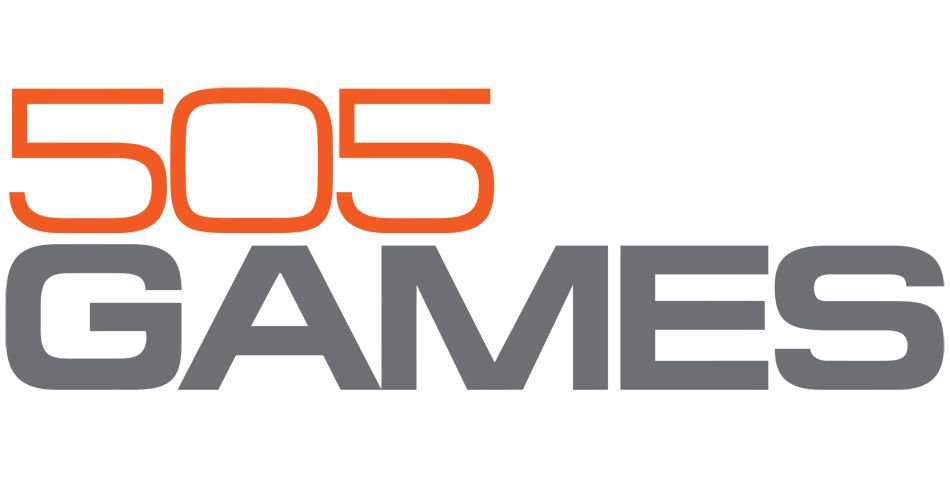 505 Games came to PAX East with two games to show off: Indivisible, a fun twist on classic JRPG action; and Bloodstained: Ritual of the Night, a love letter to PS1-era Castlevania. I had the chance to demo both while I was there, and I’m excited about these two very different games for very different reasons. With one of them now recently releasing, its a good time to talk about them both.

Indivisible: Making Your Own Friends

Indivisible is, in many ways, a throwback to classic JRPGs such as Final Fantasy I-X. You take control of Ajna, a plucky young hero with unlikely powers. You gather a party of like-minded adventurers (literally - more on that later), and together you set out to defeat the Evil Mysterious Darkness and save the world! 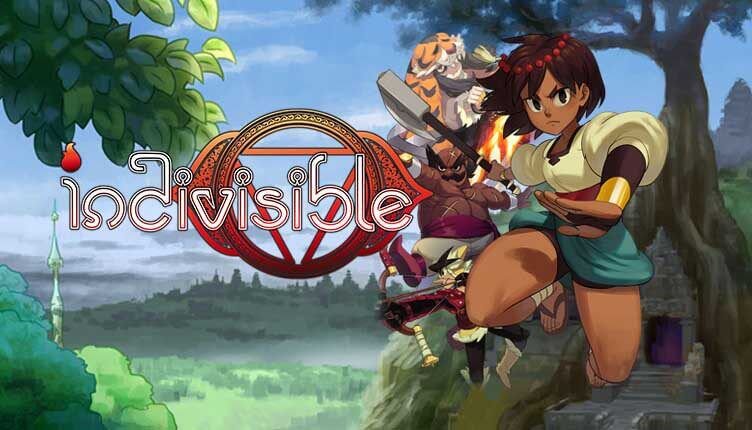 So far it’s pretty standard fare, though rendered in an adorable hand-drawn art style. Where things get interesting is the combat. Indivisible uses a sort of halfway point between real-time and turn-based action where each character has a meter that charges up, and can act when it’s full. That includes both your characters and the enemies, so don’t expect the bad guys to wait while you make up your mind. However, that’s not the cool part.

The twist with Indivisible is that you don’t find allies in the traditional sense. What you find are “incarnations,” which are basically spirits that Ajna can absorb into herself and use in battle. In any given battle your party will consist of Ajna and up to three incarnations, each of which have different strengths and abilities. The trick here is that, perhaps because they’re all parts of the same person, you have to control all of your party members simultaneously. 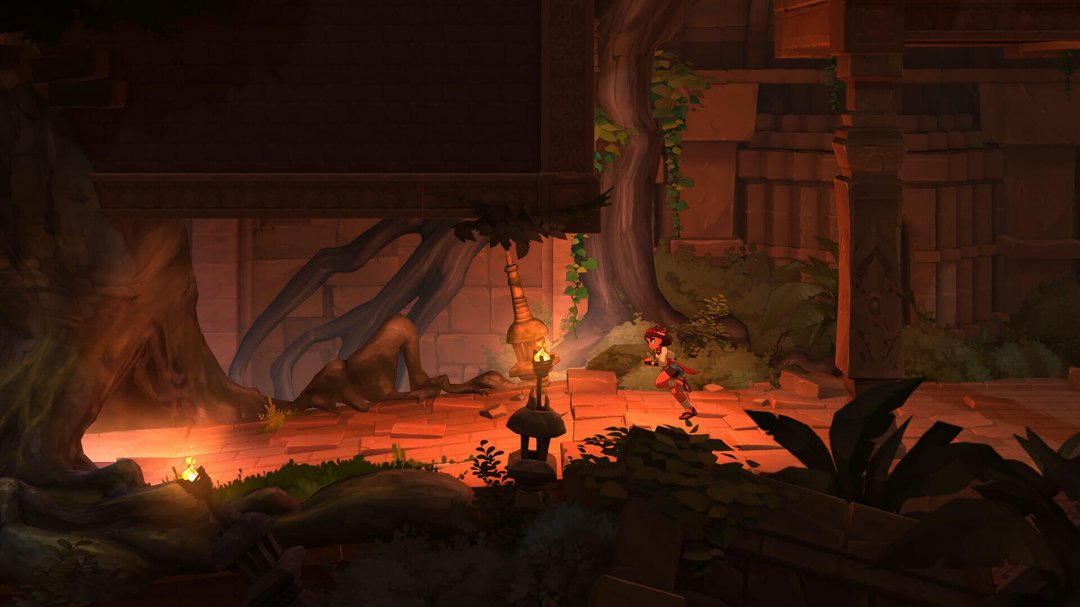 Each member of your party is linked to a different button. You attack by holding down the appropriate button and then choosing which action you would like that incarnation to do. It’s easy enough in the early game when you’re only controlling Ajna and maybe one incarnation, but when you’ve got a full party of four, things start getting out of hand.

To add to the chaos, you also need to manually defend yourself from enemy attacks. Think about the Mario & Luigi RPGs; you may remember trying to figure out the proper timing to block and dodge in those games, and making sure to have the right character defend himself. Now imagine doing that with four people instead of two, against enemies who don’t need to wait their turn! You have to know your characters’ attacks because you aren’t going to have much time to read. You need to think ahead, and you need to keep your eye on all four meters so that you can act quickly when your time comes.

It’s classic JRPG combat with a triple shot of espresso, and I really enjoyed the demo I played at PAX East. What I played was still pretty early in production, but I definitely plan to keep an eye on this one and grab it when it’s available.

Much like its main antagonist, Castlevania never stays dead for long. Bloodstained: Ritual of the Night is a throwback to the PS1 era of that series (in case the “of the Night” subtitle didn’t give it away). It’s an acton/exploration game, designed as a single huge level broken down into smaller areas that will gradually open up as you gain the abilities needed to access them. In other words, it’s a Metroidvania. 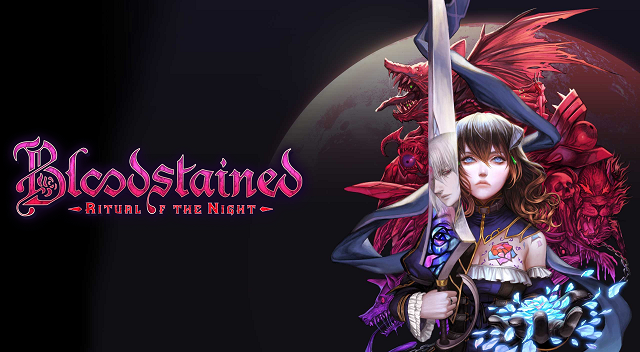 You play as Miriam, an orphaned girl who can use demonic powers as the result of magical crystals implanted into her body. She is the world’s only hope against an ancient magical castle and the army of demons it contains - sound familiar? The crystals are more of a curse than a blessing, though; they are continually growing and trying to overtake Miriam’s body, and she must absorb demonic energy to keep them contained. If she is able to defeat the armies of Hell and Gebel, the man who summoned them, she may be able to save both the world and herself.

Miriam can absorb powers from slain enemies, which makes her more of a Soma Cruz than an Alucard, but is one of my favorite systems from the old Castlevania games. She has several different slot to equip different kinds of abilities. These abilities include attacks like throwing bones or shooting fireballs, defensive options like a magical shield, and utility skills that can help her in less direct ways. Bloodstained even takes it a step further than the Game Boy Advance games did, allowing Miriam to also harvest body parts from her fallen enemies to craft equipment. 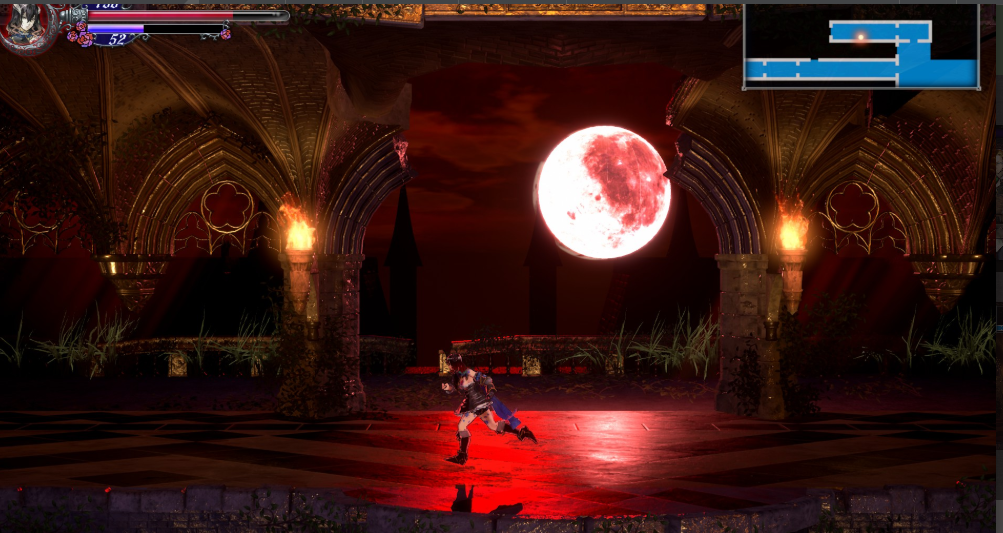 While the background appears to be three-dimensional, all the action happens in classic side-scrolling fashion.

Bloodstained is a nearly pitch-perfect love song to the glory days - which it should be, given that Koji Igarashi produced it. Unfortunately, the news isn’t all good: A recent announcement that Bloodstained will come with day one DLC has left some people with a bad taste in their mouths.

The DLC consists of a special boss battle against “Iga” (which is Koji Igarashi’s nickname) and a chance to earn a powerful weapon not available in the main game. The DLC was originally intended to be Kickstarter exclusive, but Igarashi’s team asked whether backers would be okay with it being more widely distributed and most (though not all) said yes.

Unfortunately, the very concept of day one DLC comes with some baggage that has weighed down Bloodstained’s June 18th release. I hope it doesn’t cause too much grief - the DLC is by no means needed to get the full Bloodstained experience, it’s just a fun little add-on for those who are interested. Furthermore, there is a wide array of new, completely free content coming down the pipeline: A Boss Rush mode, a “roguelike” mode (you have my attention…) and new playable characters, to name a few things. More information about this is available on Bloodstained’s website.

Paid DLC notwithstanding, Bloodstained is a great throwback to a great era of gaming, produced by the very man who made that era happen. It’s well worth your attention.

Life In The Old Genre Yet

505 games is one of these smaller companies that is trying to capitalize on older game design and a healthy dose of nostalgia. Fortunately for them, it is a practice that they seem to do well; rather than relying on just warm fuzzy old feelings, the company has moved to make innovations and art upgrades to show they are serious about their craft. Keep an eye out for either of these games, as both looked to have that little something special to make it worth your time.