Three Months With The Latest Update 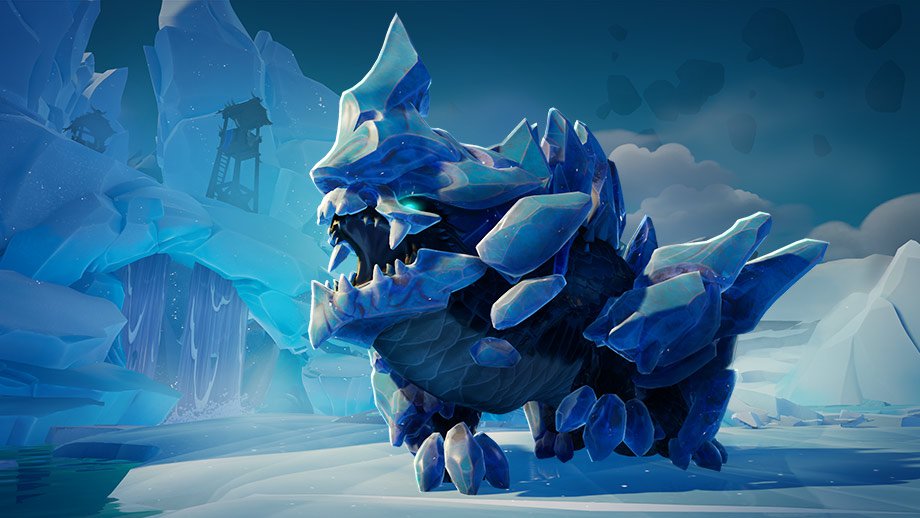 Dauntless Reforged, a massive update for the free-to-play monster slayer game, released on December 3rd 2020 to mixed reactions. More recently, on February 4th 2021, Phoenix Labs added the Frost Escalation, which brought some new ideas to the table - not all of them popular ones. As a team, we've really enjoyed Dauntless in the past, so going over such dramatic changes to a game we've enjoyed immensely in the past felt like a good idea.

First of all, the most exciting new addition to Dauntless is definitely the Hunting Grounds. Going on a hunt used to mean being transported to a mostly-empty island, running around aimlessly until you found the single behemoth on it, then going back to town to do it all over again.

The Hunting Grounds are, instead, a pseudo-open-world type of hunt. Each island now has multiple behemoths, which re-spawn at regular intervals. You’re able to run around fighting behemoths to your heart’s content, and occasional “island events” add a little bit of variety to the mix. Each slayer now comes equipped with a glider, which makes getting around the island a lot faster and, frankly, more fun. Overall, the Hunting Grounds makes the Dauntless experience feel a bit more like Monster Hunter. Although one imagines that Phoenix Labs wants to avoid the impression of “off-brand Monster Hunter” as much as possible, in this case it was definitely the right call. 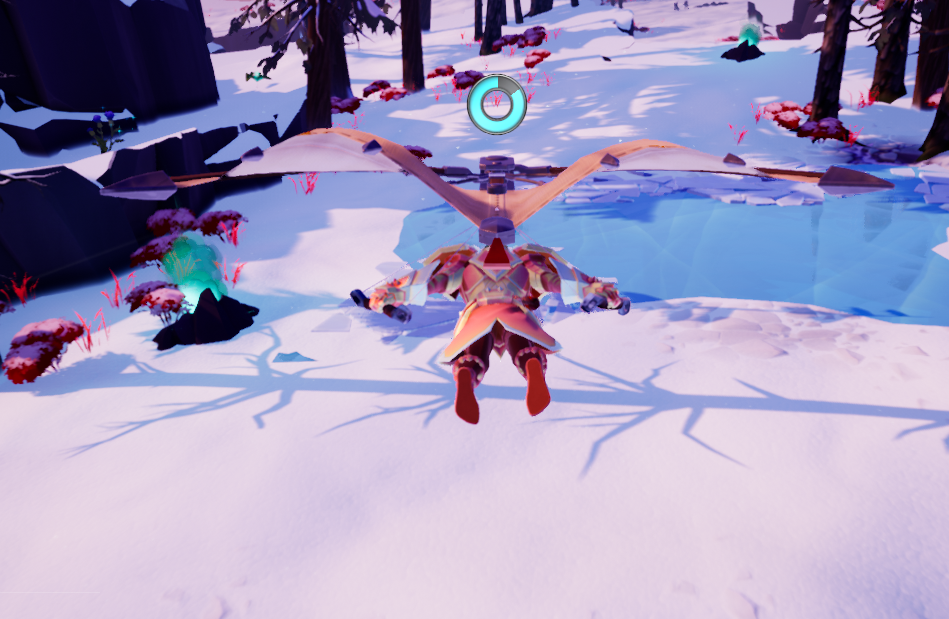 There was one major problem with the Hunting Grounds when Reforged first launched. When Hunting Grounds were first introduced, there was no option for a private island for you and your party. Since there are also no level restrictions on the islands, that meant that it was possible - fairly common, actually - to wind up stuck with low-level players who were way out of their depth. That made fights much harder, sometimes unwinnable.

However, Phoenix Labs has promised to patch in a private hunt option. Once that’s done I’ll have no complaints about Hunting Grounds. Even without private hunts, though, they’re a much more fluid and fun gameplay loop than the old Patrol hunts were.

Reforging Could Use a Rework

First of all, let’s address the elephant in the room: reforging. It’s the mechanic that gave this update its name, and it’s a really mixed bag.

Basically, instead of your attack and defense power just coming from your gear like it did before the update, now a great deal of it comes from your weapon skill. Your skill with each weapon can go up to 20, and each level gives you a fairly significant boost.

Once your skill with a weapon reaches 20, you can reforge that skill. Reforging drops the weapon skill back to 1 and gives you an aetherheart, which you can use to max out the stats on one piece of gear. Since your stats go way down when you reforge, it keeps things challenging as you work to build your skill back up. Reforging also lets you unlock certain bonuses like higher damage, faster attack and movement speed, and reduced stamina costs. In some ways, this is an answer to veteran players who want a reason to keep going on hunts and wanting progression.

Here’s the catch: Those passive bonuses are really underwhelming. For example, reforging the axe skill a whopping 10 times only gives you a 5% power boost, and that’s as high as it goes. Also, building up your weapon skill again might only take a few hours if you’re running bounties the whole time, but it could take several times that if you’re not. 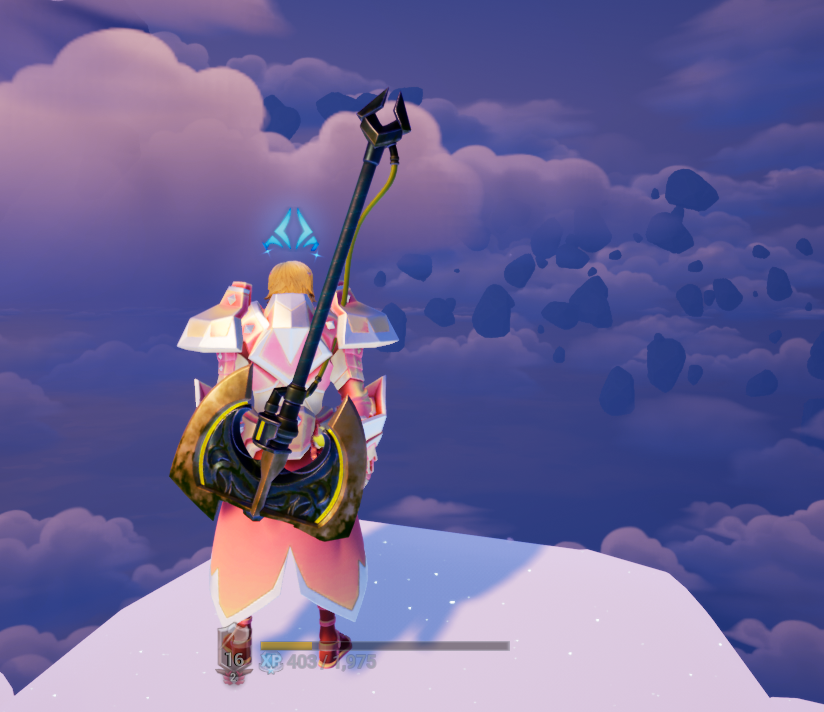 Staring into the abyss, contemplating all the Axe skills I’ve lost...

As for the aetherhearts, you can only use so many. Unless you want to go for “100% completion” and power surge every piece of gear you have, you’re probably only going to need a handful. Speaking as a long-term player, who got a bunch of aetherhearts right off the bat as compensation for taking away my high-level gear, the additional ones I get from reforging are worthless.

Overall, the reforge mechanic sometimes feels like a good way to keep the game challenging for high-level players, but often just feels like grinding for the sake of grinding.

Another issue - once again speaking as a long-time player - is that my overall power level feels lower. Before the update, I was strong enough that only the Dauntless Trial, the hardest hunt in the game, gave me any trouble. In Reforged there seems to be a much lower cap on my power and defense stats, which just feels disheartening. In addition, Dauntless no longer automatically gives you bounty tokens: you have to log in and go to a wishing well in town to get them. Given that bounties make leveling your weapon skills much faster, getting those tokens is a bigger deal than it used to be.

While all of this makes sense from a business standpoint (making sure players log in every day to get their items), it’s a lot less convenient. It also means you’re more likely to resort to buying bounty tokens with actual money - which, again, doesn’t feel great for the players. 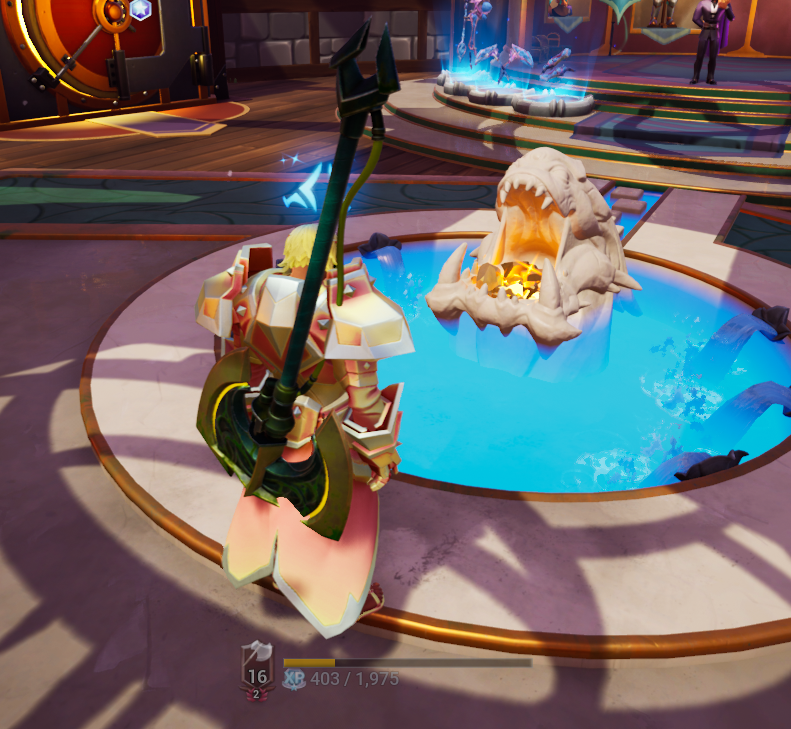 Toss a coin to your fountain, o’ Slayer of plenty...

Finally, the new Frost Escalation introduced the Frostbite condition. It’s a meter that fills up as you play, and when it’s maxed out you get frozen solid and can’t do anything. Now, there are ways to make the frostbite meter go back down - but, unlike being knocked out, you don’t have a syringe to fix it and your teammates can’t just run over to revive you.

All of that means that once you’re frozen, you generally stay frozen for a while. I think it goes without saying that being unable to do anything, and having no way to fix it, is not fun. Having to balance your frostbite meter is an interesting idea to build tension, but there's going to be some mixed feelings about this mechanic for sure.

A Rocky Road That's Still Going In The Right Direction

While this might look like an overall negative review of Dauntless Reforged, I really can’t stress enough how much of an improvement the Hunting Grounds are over the old Patrols. Since Hunting Grounds are probably where you’ll spend most of your time in Dauntless, that one change is enough to make the whole game a lot smoother and more fun to play.

My biggest problems with Reforged - namely, reforging and bounty tokens - have an easy workaround: ignore them. If you find that reforging your weapons gets tedious (like I did), just don’t do it anymore; the bonuses are so small that you’ll hardly miss them. 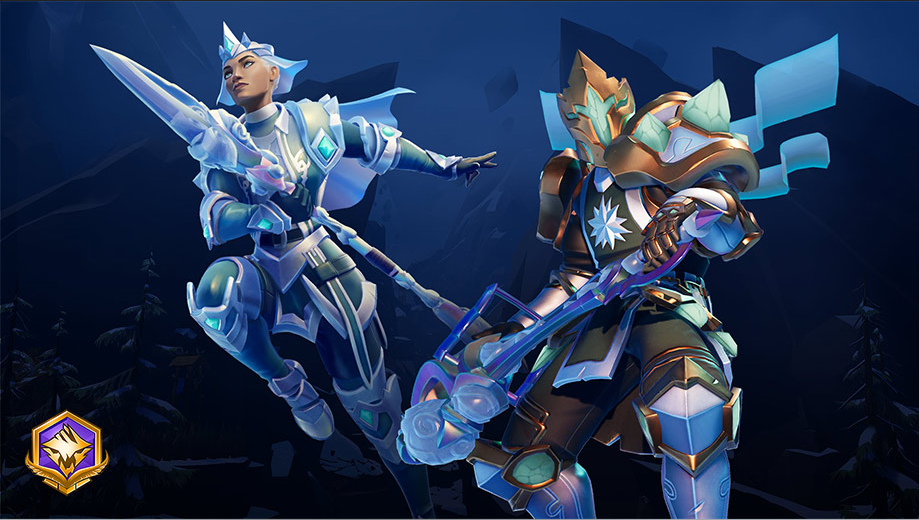 On the other hand, I am LOVING the cosmetics in the new Hunt Pass.

Bounty tokens are similarly unnecessary. If you’ve got the time and interest to log in once a day to collect your bounty tokens (or if you want to support the developers by spending some money), then great, get your tokens. If not, just don’t worry about them. I guarantee you’ll still be able to max out your Hunt Pass with the faster and smoother gameplay loop in the Hunting Grounds, and if you’re not constantly reforging your weapons then you don’t need bounties to level your weapon skills back up.

And, if you find Frostbite as annoying as I do, you obviously don’t have to run the Frost Escalation.

Now, is it a problem that you can play Dauntless Reforged while totally ignoring its namesake mechanic? Absolutely, and I hope Phoenix Labs takes a look at stepping up the rewards for reforging sometime soon. As for the bounty tokens, the change is annoying but not unreasonable, and not game-breaking.

However, my final thought is this: When I boot up Dauntless, it’s because I want to take an axe that’s bigger than I am, and slam it into a giant monster’s skull. Doing that is more convenient and more fun than ever before. While I don't like everything that's recently changed, I'm also simply happy knowing this free-to-play game is still going strong.